Actor Benard Mwangi, famously known for his role as Mr. Mweposi in the popular TV series Tahidi High, has opened up on his battle with alcoholism and how unfavorable acting conditions have led actors to live their lives without proper planning.

Speaking during a recent interview with Managemente Synergy, Benard admitted to battling alcoholism for years before deciding to quit and get his life and family in order.

Before indulging in alcohol, Benard revealed that he was a staunch believer who often preached the word of God. It was until he joined the production that things started going south for him.

“In all my youth, I never consumed alcohol. I was a very upright person that loved God and even preached his word here and there. Even when I was joining Tahidi High, I was a very clean, but unfortunately, I slipped. It was while I was acting in Tahidi High that I started taking alcohol. But it got worse in 2011 when my family split. Owing to this fact I became depressed and sunk deeper into alcohol,” he said.

Having experienced the ups and downs of the film industry Benard, who was working with Citizen TV on contract, says he exhausted his deal and was left with nothing but his acting career to care for his family. According to him, the inconsistent and underpayment that came with the job only drove him deeper into alcoholism and consequently depression.

“Before Tahidi High, I was working with Citizen TV on a contract basis. I had hoped to venture into news reporting and get a permanent position, but that didn’t happen. So when my contract ended, I was left jobless and at the same time needed to provide for my family. I was already known out there as an actor and people expected so much from me, including my family and friends.

“I don’t think I will ever go back to mainstream acting because first of all, we as actors get really frustrated when it comes to getting paid. You have a big name out there but no money in your pocket. There are very many talented actors here in Kenya, problem is that the pay. It is very little and untimely. Yes, they make a name for you, but when you really get to understand what actors go through, you’d opt to get employed in a different field where you will be assured of a constant pay,” he said.

Seconding his former colleague and long-term friend Omosh, Benard explained that Kenyan actors and actresses are suffering, adding that it is close to impossible to keep a separate job while acting.

“When Omosh came out and said he didn’t have anything, it is true and very possible that he actually didn’t have anything because when you commit yourself to acting, there is nothing else you can do because you will be called upon anytime the producer wants you. This limits you from looking for work elsewhere. The situation gets even worse if you have been paid the retainer fee. This is the money you are paid to retain you as an actor which just means you cannot commit yourself elsewhere and need to avail yourself whenever they need you,” he continued.

According to Benard, all he needs is financial assistance to expand his chili farm to get a livelihood.

“I’d like to appeal to Kenyans to help me expand my agri-business. I’m interested in planting chilies for export purposes and would appreciate if someone gifted me the seeds,” he said.

While celebrating the special woman in his life, the DJ penned a sweet yet brief message to the love of his life on Instagram. 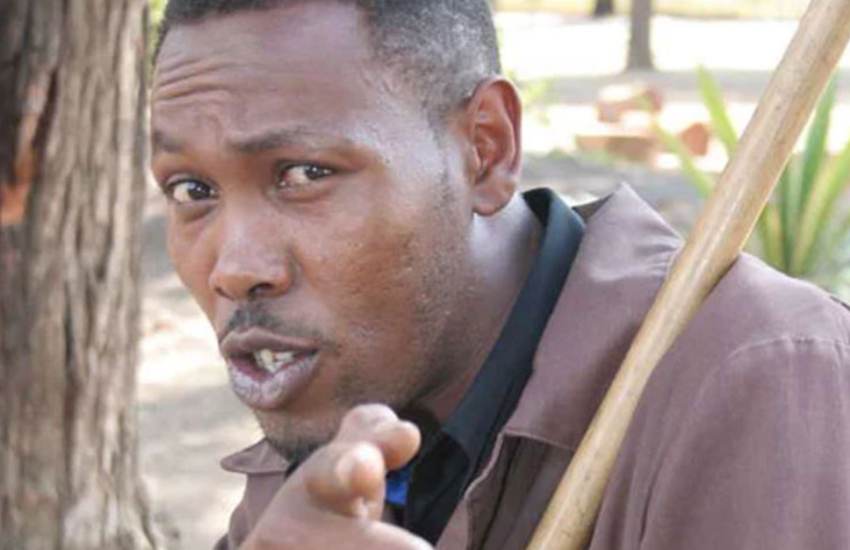