Carol Kamweru of the famous girl group Band BeCa has opened for the first time over her family’s reaction to her role in the just concluded Wife Material that tricked Kenyans into believing she was married to popular comedian Eric Omondi. Speaking in an interview on Radio Jambo, the singer revealed that contrary to many people’s expectations, her family was comfortable and extremely supportive of her participation in the show

“My mother was okay. Actually she was like ‘now you should really consider doing this’ (settling down). I figure you are aware that this whole thing was staged and choreographed and when we were getting into this we spoke to them and told them this is what we are going to do and the whole plan. They are very supportive. However, when some of our family members called to inquire about the show, we had to play along and say it was real because it wouldn’t make sense if we told them it was staged and fighting on this other side to convince people it was real. But generally, everyone was supportive,” said Carol.

READ ALSO: We are here to stay- The Band Beca unleashed

Real reason for joining the show

According to the duo, the real reason they joined the controversial show was to promote their brand and pass time since they were bored sick after being locked up in quarantine.

“The real reason we went to the show was to promote our upcoming album which is called Beca Fever, which will be release in February,” said Carol.

“Also we were bored, I mean people were locked up in quarantine and we figured why not? We got free entertainment for two months,” added Becky.

Asked whether she had fallen in love with Eric after their steamy kissing session, Carol responded saying, “Wow by the way nobody has asked me that question. No love is…. No, I like him….. love him, no. I won’t lie, we are human beings, and I felt something during the show. I can’t say the feelings ended immediately after the show because feelings just don’t away but I’m not in love, let me just say that.”

Carol and Eric’s kiss came with a lot of backlash from netizens who termed the act unappealing.

READ ALSO: 13 of the hottest ladies in the Kenyan music scene right now

“The only time we got backlash was when we kissed. Some people were saying it was disgusting, which makes me wonder how they do it because I didn’t think it was disgusting all.  I think they were just jealous because most of the people trolling us and body shaming us were girls but it is what it is,” said Carol.

“Our Instagram page had around 45,000 followers but after the show we grew to over 87,000 followers. Surprisingly, it is not only our Instagram that has grown, even our YouTube channel. People are now aware that we sing and this made us realize that not many people knew Band BeCa as a musical group. We honestly feel that if we didn’t get into this show and put the effort that we did, people wouldn’t know we sing,” the duo revealed.

There are Kenyan women married to fellow women in partnership arrangements.

“Wilkins Fadhili is no longer Trio Mio’s manager. This guy has perfected the art of conning. " 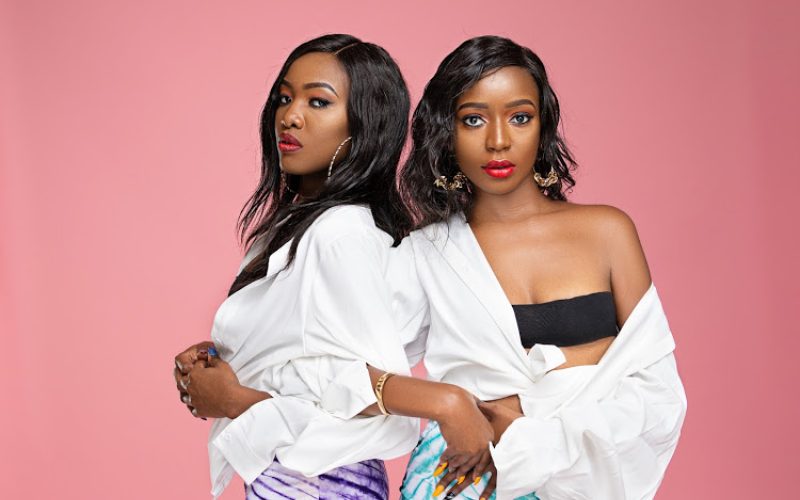