New order: State given powers to snoop into cell phones

By Dominic Omondi
2 months ago

President Uhuru Kenyatta has passed into law an omnibus Bill that had initially proposed to give the Interior Cabinet Secretary sweeping powers to access mobile phone data from any individual suspected of being a spy for a foreign power without a court warrant. But in the new Statute Law (Miscellaneous Amendments) Bill, 2020, the CS will have to seek the court's permission before searching your phone.

Yesterday, the president also signed into law the new Sectional Properties Act, 2019 that provides for the division of buildings into units to be owned by individual proprietors. It repeals the Sectional Properties Act of 1987. In his State of the Nation address last month, President Kenyatta said this was one of the reforms that would “bring legal clarity to the ownership of sectional properties.”

The new law also proposes that anyone, irrespective of their responsibility, be prosecuted if they knew about a bribery act but failed to report.

Amendments to the Official Secrets Act had sought to allow the Interior CS to issue a warrant requiring a person suspected of being a spy to provide them with data, including text messages, voice calls, emails, photos and videos contained in their phone, computer or tablet. Also to be provided by the suspect are original transcripts and documents related to the data.

“Any person who fails to comply with a request made under sub-section (1) shall be guilty of an offence and liable to imprisonment for a term not exceeding one year,” reads part of the law. Civil society organisations have been accused time and again by State operatives of working for foreign powers to change the country's political course.

The new law also states that the Anti-Corruption Commission can apply for orders that temporarily restrict a State officer under investigation or charged with corruption or economic crimes, from accessing their office for a period not exceeding 90 days. A ruling by Lady Justice Mumbi Ngugi that locked former Kiambu Governor Ferdinand Waititu out of his office had already set the stage for the new legislation. A State officer suspended on corruption-related charges will receive half-pay as long as the matter is in court for two years.


The next Batman will be a black man - Writer John Ridley

The musical legacy of Bruce Odhiambo
1 week ago 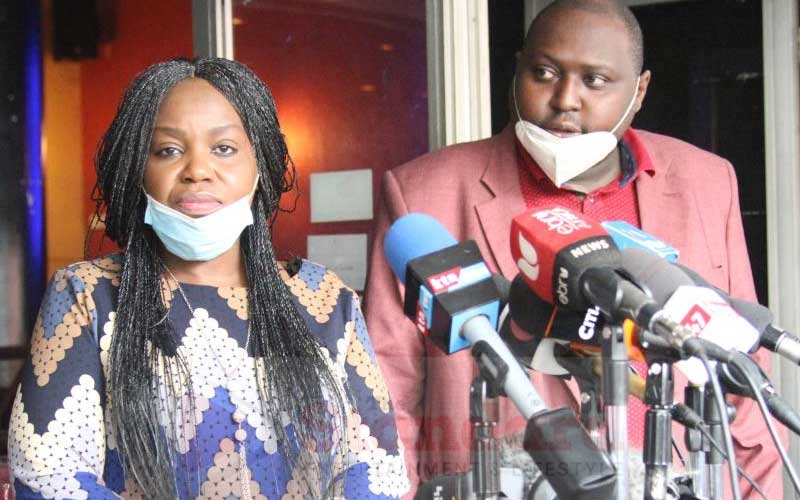