A ranger has been gored to death by an elephant in a horrific attack at a safari lodge in South Africa. Sheldon Hooper, 27, was charged and killed by a large female tusker after surprising her when she was with her young calf.

He died in the arms of his distraught girlfriend Rebecca Rowles who works at the same game lodge and rushed to help him. But nothing could be done and the blood-soaked game ranger died 20 minutes after the attack.

The popular ranger was with a colleague checking the inside of a perimeter electric fence when they walked into the small herd. There were supposed to be no wild animals inside the fence at the Thornybush Waterside Lodge near Hoedspruit, Limpopo Province. The matriarch cow weighing 3.5 tons attacked Sheldon on sight after he spooked her and the ranger turned and ran for his life.

However, he only made it ten yards before the elephant, which can run at 20mph, rammed both its tusks through him from behind. Thornybush CEO Trevor Jordan said the two park employees had bumped into a herd of three female elephants and six calves.

Mr Jordan said: “Sheldon was about 20m from the elephants and one of them came at him fast and chased him for about 10m. “One tusk went into him just above his heart and below his collar bone and the other caused a gaping wound to his leg. His colleague ran to get help but Sheldon was still conscious and phoned the lodge manager and his girlfriend for help. They went to the scene where Sheldon was telling them how to apply a tourniquet but he succumbed to his injuries within 20 minutes. Paramedics got there as soon as they could but there was nothing they could do. It wasn’t a charge of some rogue elephant but it seems he and the herd surprised each other and he was too close to a six-month-old calf. He was exceptionally good at his job and knew elephants very well and as you can imagine we are all very traumatised here at Thornybush,” he said.

After the attack, Mr Jordan said he consulted with elephant experts on what to do about with the killer elephant and whether she should be put down. He said: “We searched for her and found the elephant with blood on its tusk and the experts analysed the behaviour of the herd for some time. “The elderly matriarch was relaxed and showed no signs of aggression at all so we decided against euthanising the elephant and left the herd”.

It is thought the herd either wandered through the main gate or broke through a fence into the reserve which borders the Kruger National Park. The 14,000-hectare reserve is home to the Big 5 of elephant, rhino, buffalo, lion and leopard and the lodge is built around a large lake with hippos.

Tragic Sheldon, a qualified first aider, had been at the lodge for 18 months where he met his girlfriend Rebecca Rowles who worked on the front desk. Thornybush said on their Facebook page: “As a guest of Sheldon’s you would have had the pleasure of experiencing his incredible kindness and love of the bush.

“His repertoire of jokes could not help but make you chuckle no matter how you felt. He was dedicated to the conservation and a very talented photographer. “Sheldon’s life was a celebration of his passions and he is sorely missed by us all”.

Read Also:Horror as man is gored to death by his bull in Kisii

Celebrity hairdresser Tristan Eves, 47, of Tillington, West Sussex, took the video shown here of tragic Sheldon two years ago while on safari at a different game reserve. He said: “Sheldon welcomed me and my partner on our first ever safari at a runway he had created in the middle of the bush and just made us so welcome and at ease.

“What set Sheldon apart was his inside out knowledge of all the animals and he had an encyclopaedic knowledge and for this to happen is just such a terrible tragedy. He was so popular and worked so hard to make every guest enjoy their safaris," he said. 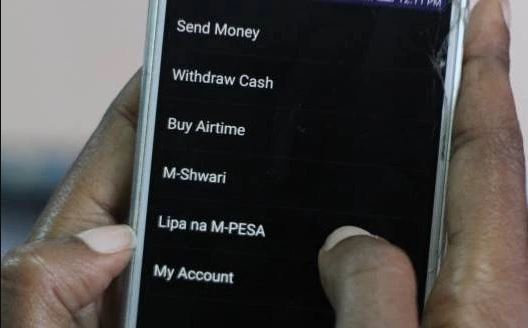