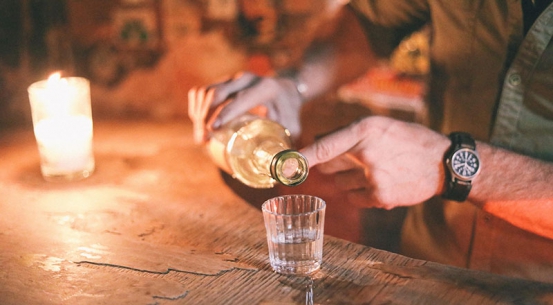 The expatriate comes from a land of plenty. The climate and soil means that food always abounds, and where it’s not grown in his own country, it’s easily imported from abroad in vast quantities.

A supermarket in America and Western Europe has aisles filled with every edible goody the world produces, all of it affordable. Kenyan supermarkets on the other hand have a few rows of unaffordable maize meal, and a couple of bags of half-refined sugar, also unaffordable.

If you look closely, you might also find a supermarket area called a ‘bakery’, where variously-shaped compactions of dust may be purchased, and a biscuit aisle, where the same dust products may be bought, just more firmly compacted.

By the time you’ve reached the aisle selling lavatory paper, you’re experienced enough to realise that this product is probably made from the same material. Kenyan supermarkets are a bit like those ice-sculpture theme parks of northern Europe, where everything (from animals to buildings) are made of ice: all the products are made from one core ingredient, dust.

This mention of ‘dust’, that substance which, the world over, symbolises death, is cruelly appropriate during this time of borderline famine combined with massively-inflated food prices. And it affects different people differently.

And by different people, I mean the richer expatriate and his comprador colleague, the wealthy Kenyan, on the one hand and, on the other, the ‘average Kenyan’ who constitutes the great majority of people in the country.

For the expatriate, privation and suffering means not being able to buy two crates of fine wine, but only one. ‘Hyperinflation’ means he’s put too much pressure in his Land rover’s tyres.

And the phrase ‘I’m starving’ translates as, ‘it must be at least five minutes since I had my last kilo of Scottish salmon, imported in tanks of distilled water flown here on first class on British airways’.

In Kenya, however, privation and suffering means having ten shillings in your pocket and knowing that making the wrong decision with it could, literally, mean the difference between getting by and penury.

‘Hyperinflation’ means that the most basic staples are unaffordable and that the coins you’ve been saving under the bed for decades are now worth less than the blue band container you keep them in. ‘I’m starving’ translates only into ‘bereavement’.

The more ignorant expatriate can at some moments in history think himself just ‘better off’ than those who host him, but at times like these he must know that he’s utterly privileged and living a criminal life of plenty, like the glitzy pastor who owns a private jet while his mega-congregation walks to work in holey shoes.

He can do two things at this point: work to change things for the better, or simply patronise the poor by organising a French cultural centre art exhibition featuring images of waifs; an exhibition that raises a few shillings from other expatriates who have spent more on petrol for the journey to the gallery. Guess which he chooses...