By Peter Muiruri
9 months ago

An apple, they say, never falls far away from the tree and for Wanjira Mathai, that metaphor has been true in a literal sense. The daughter of renowned environmentalist and Nobel Peace Prize winner the late Wangari Maathai finds solace in the tranquillity of Karura, a forest that saw her mother’s blood spilt by overzealous security agents in a bid to force her to abandon her crusade to save it from grabbers.

On April 1, Wangari Maathai would have turned 80. Wanjira thinks her mother would have been overjoyed to learn that the forest has quickly become a focal point for Nairobi residents.

“I always think about Karura as one of those places where you pinch yourself and think ‘it’s here.’ This is where, walk, relax and reflect,” Wanjira says. “My mother always hoped that her grandchildren would enjoy Karura Forest.” They do.

As a resident of the world, Wangari Maathai was feted for highlighting environmental issues that pricked the conscience of her global audience.

Kings, queens and presidents wanted to pose for photos with her. Parks and gardens in the developed world were named after her. But to Wanjira and her siblings, Wangari was simply their mother.

Wangari died in 2011 and the world mourned a woman who was willing to shed blood to save the environment. Catchy labels were pinned on her and for good reasons. Yet, her death was a personal loss to her family. Each one had to retreat to some private space and relive the cherished moments they shared.

I miss her laugh

“There is so much I miss about my mother,” says Wanjira. “So to pick one thing right now, I would say her laugh. I miss the times we would laugh out loud until tears streamed down our faces.”

To the world, Wangari seemed superhuman and the question of what it was like living with such an icon intrigues Wanjira every so often.

“Living with my mother just seemed normal. Growing up, I always thought everyone’s mum must be as hard-working and committed as mine. She cared for us, ensured we had a happy childhood, and corrected us when necessary. I see life through her lens as my mother,” she says.

As expected, that strict upbringing and the constant shadowing of her mother rubbed off on Wanjira. She was just a small girl when her mother brought together some women into planting trees, the baby steps that gave birth to the Green Belt Movement in 1977.

The work gained global traction leading to Wangari Maathai being awarded the Nobel Peace Prize in 2004. But unlike many organisations that slow down after the death of their founders, the Green Belt Movement is still on the fast lane, thanks to the efforts of people like Wanjira.

The Wangari Maathai Foundation seeks to push the envelope by inspiring courageous and responsible leadership in Kenya. Inspired by the rich legacy of Wangari Maathai, the foundation’s work is driven by what is termed as the “Power of One” - a transformative agenda that aims to nurture a culture of integrity, purpose, and personal leadership among children and youth.

The movement partners with schools across Kenya to incorporate experiential youth programmes that build character and integrate social-emotional learning in the country. Wanjira cannot afford to drop the ball. With all eyes on her, this may seem like a Herculean task, especially when people compare her accomplishments with those of her mother. But Wanjira has never tried to fill her mother’s shoes.

“Many people don’t have a chance to have that kind of precious time with their parents. I consider it a gift that I was able to enjoy her company. I never compare myself to her. I am not living in her shadow but basking in her light,” she says.

Herculean task or not, Wanjira, who also wears the hat of the vice president and regional director for Africa at the World Resource Institute is prepared to walk the talk, taking stock of what has worked and what has not in matters environment since her mother passed away.

The environment, she says, has in some ways improved, and in others deteriorated. Improved because protections for the environment that Kenyans could only have dreamed of are now enshrined in our constitution, including a right to a clean and green environment.

“My mother was very proud of that achievement. In the height of her struggle to save Uhuru Park and Karura Forest, their court case was struck out for lack of a locus standi (they did not have the right to speak for the park and the forest).  Today we do,” she says.

READ ALSO: How the daughters of Mumbi are reclaiming Central from male control

The country may have more forest cover than when her mother was assistant Minister for Environment, but Kenya needs a minimum forest cover of 10 per cent, in addition to a commitment made to the Africa Restoration initiative to restore 5.1 million hectares of land by 2030. Wangari’s work was not done.

Were her mother to be alive, Wanjira has no doubts she would have continued to champion environmental causes, issues that have become more central today than they were in her mother’s time.

When her mother won the 2004 Nobel Peace Prize, Wanjira says, people asked what the environment had to do with peace. “Nobody is asking that question today. We are talking about how important it is to have a healthy environment and protect the integrity of the natural world.”

What would she fight for today?

Among the issues that Wanjira feels would have occupied her mother today is the never-ending feud over the Mau. Wanjira says her mother was always very clear on the Mau and saw it from a different perspective.

She knew that the Mau supports so much life and biodiversity. “If the Mau is really important to us, if it is central and critical, then we should do anything to protect it,” her mother would say.

Thankfully, Wanjira says we have many young climate champions protecting the environment. Some are supported by the Wangari Maathai Scholarship through The Rockefeller Foundation and the Green Belt Movement. Others are nurtured by The Hummingbird Leadership project, a programme for building character and personal leadership skills in schools.

“To meet these young people is to meet the future Wangari Maathais! They are fantastic, brilliant, and committed. We will be okay if they continue.”

Such future Wangari Maathais include Greta Thunberg, the young Swedish environmental activist. Wanjira has not met Greta and is not sure if she knows about Wangari Maathai but “I am inspired by the fact that she is so much like my mother - courageous, focused, committed and persistent.”

Wangari Maathai’s “little thing” was to plant trees. Wanjira’s little thing is to inspire the next generation of young leaders to believe in their capacity to change their world. With her mother’s legacy, she hopes to make the planet a hospitable place for all children, and inspired by the ‘Power of One’ – that each of us can be a potent agent of change. 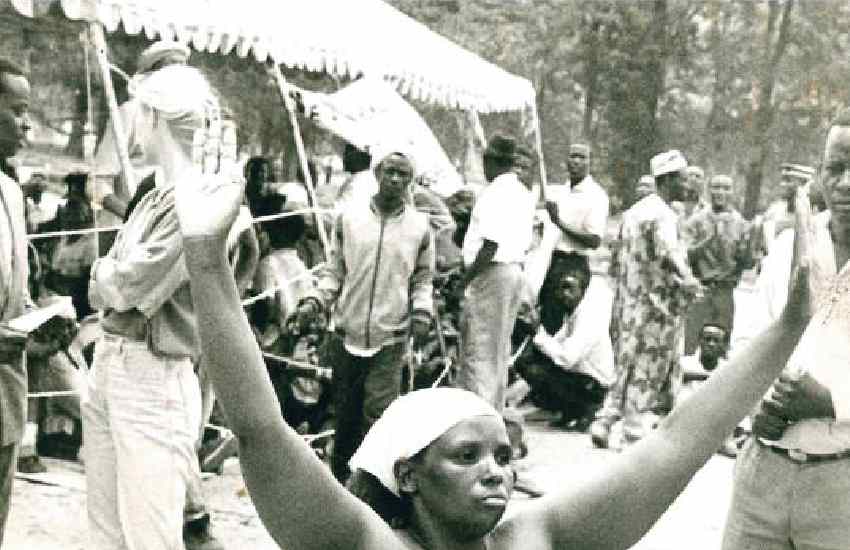