By Wilfred Ayaga
9 months ago

A new Bill proposing tough penalties for corruption suspects has been rejected by a section of MPs.

The proposed law dubbed “Anti-corruption and Economic Crimes Bill, 2019” is proposing a minimum jail term of 10 years for corruption convicts and a minimum fine of Sh1 million.

The stage for the rejection of the Bill was set by the Justice and Legal Affairs Committee of the National Assembly last week.

In a report to the House, the committee said the Bill sponsored by Kiharu MP Ndindi Nyoro, tied the hands of judges while handing down sentences.

Some MPs, however, have supported the proposals. They have argued that it is prudent that the Bill sails through since corruption has destroyed the country.

The MPs opined that the minimum prison term would open the way for corrupt individuals to serve life sentences.

The minimum fine would also make corruption an expensive affair, doing away with a situation where people steal billions in the knowledge that they will escape with insignificant fines, they argued.

Kenya is ranked among the most corrupt countries in the world, with several MPs facing graft-related charges. The committee, chaired by Baringo North MP William Cheptumo, argued that the Bill would not help fight corruption.

“The committee is of the view that the imposition of minimum penalties is a violation of the right of an accused person to a fair trial,” the committee’s report read.

“This is on the ground that the provision takes away the discretion of the presiding judicial officer to impose the appropriate punishment depending on the circumstances of such a case”.

After the debate, some MPs poured cold water on the proposals, saying they might not see the light of day.

Rarieda MP Otiende Amollo said there was no evidence that stiffer penalties had an impact on corruption cases.

“Whereas criminalising corruption and providing for punishment is good, evidence does not show that the higher the punishment the lower the corruption levels,” Mr Amollo said.

“So, being a lawyer and based on what the Supreme Court has said, I will advise my friend, Mr Nyoro, to consider revising his Bill to probably say: Not exceeding Sh10 million. This is because the wording “not less than” is not legal language allowed by the courts.”

Bomet Central MP Ronald Tonui said the county had no shortage of laws to fight corruption, noting that the legislation would not amount to anything.

“We have enough laws in this country, including the Constitution that allows corruption to be fought from all corners,” said Mr Ng’eno.

“I say this because if you look at Chapter Six of the Constitution, it talks about integrity in holders of State offices. This is a clear indication that the drafters of the Constitution wanted us to fight corruption in the manner that it is supposed to be fought.”

Ugenya lawmaker David Ochieng’ said: “The weakest link in the fight against corruption is Parliament.”

Those supporting the Bill, however, said the proposals would add value to the fight against corruption.

“I’m telling you corruption started long ago, but now it has reached a point where everybody is corrupt. Everybody is dreaming to be president. They think if they make billions of shillings, they will be president,” said Mr Mishra. 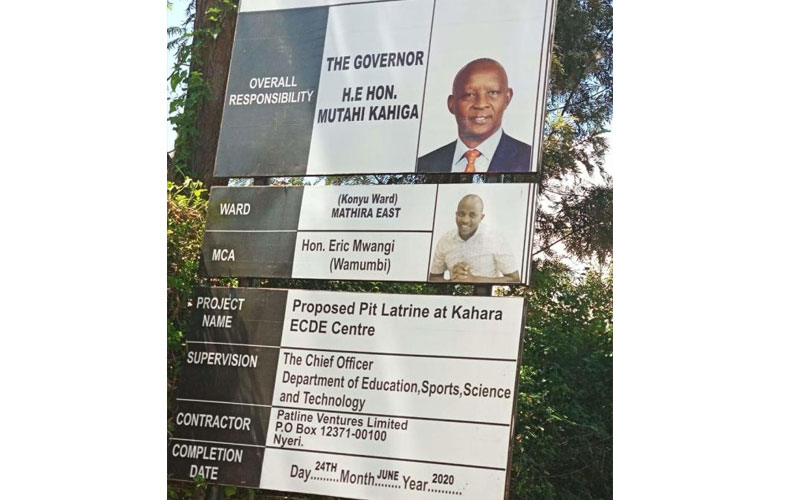