Legendary radio host Fareed Khimani who worked for Capital FM, XFM and Nation FM in the early 2000s, still has some sauce left.

Excited fans cannot contain themselves as they ready to hear his deep voice once again after making the announcement that he will be back on the airwaves at Nation FM.

Fareed will be making a comeback to host the morning show two years after the station went under alongside sister stations QTV, QFM and KFM in Rwanda.

Clifford Machoka, the NMG Head of Corporate and Regulatory Affairs, indicated plans of recruiting a number of media personalities as the radio division warms its way back to the airwaves.

“It is a quick witted humorous show hosted by the enigmatic Fareed Khimani that primarily focuses on music and entertainment. The target audience is ‘university – up’ i.e from 18 to 30 male or female who are tech savvy. The show will air every weekday from 6 am to 9 am, helping you through your commute or your tasks at work,” Clifford Machoka told Business Daily.

The Nusu-Nusu productions co-founder has been busy working on his online radio show, 54Live.

‘Sorry! You can’t rent here’: Why Khaligraph's house-hunting saga is a tip of the iceberg
2 months ago 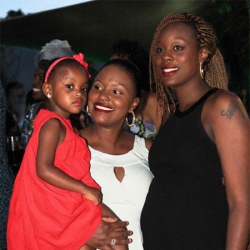