Navy Kenzo took to his Social Media handle to announce the good news to his followers whom he thanked for their prayers.

#Repost @aikanavykenzo (@get_repost) ??? Mr Gold welcome to the world. Thank you God, and thank you all for ur prayers????. #AlsoHappyBirthdayMum #HappyIndependeceDayTanzania

Navy Kenzo has been sharing photos of Aika’s baby bump as they eagerly waited for the arrival of their son. The duo already revealed the name of their baby as Gold.

The singing couple rose to prominence after releasing the Kamatia Chini dancehall hit.

The two have been dating since their high school days. 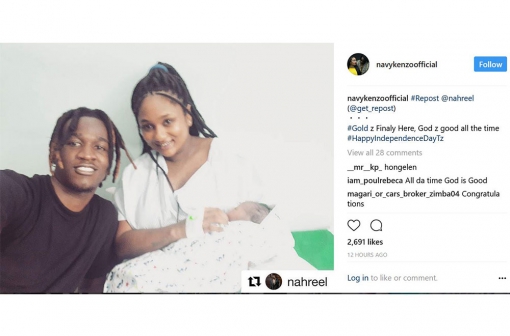