Why Kenyans are not happy with the registration of Team Mafisi

Team Mafisi was legally registered as a foundation by the Non-governmental Organization Coordination Board.

According to the founder and Patron, Jaymo Ule Msee (Wilson Muirania), Team Mafisi will now be a platform for social economic programs to benefit the members. 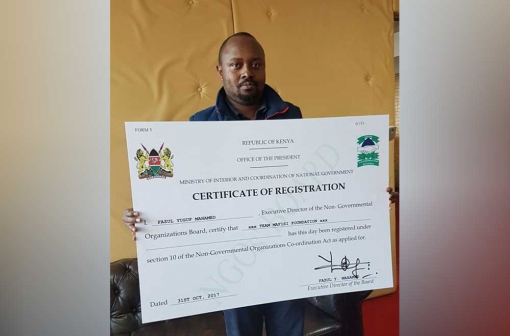 In an unprecedented turn of events, even the apparent members of the new foundation are not touched by the move.

Taking to social media to articulate their displeasure, Kenyans have expressed their disillusionment with the recognition of Team Mafisi as a foundation:

How can an association of hyenas empower youth? Didn't you find that name absurd?

Beats me after all the group is full of sexist people especially towards the females — Asheru (@Asheru92) November 3, 2017

So you agree with me that these are end times! Soon Union of Prostitutes would be registered ... — Asuma Benard Orina (@asuma_benard) November 4, 2017

The NGO board is closing down NGOs that help poor Kenyans and registering USELESS foundations. — Ken Ynek (@ynek0027) November 3, 2017