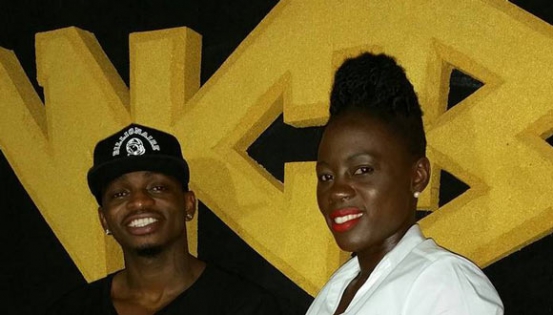 Photos have been doing rounds of our Kenyan celebrities before, and after they made money, and it was interesting to see how singer Akothee transformed over the years.

Fast forward to 2016, and this lass who is known for her luxurious spending and heavy investment in her music was recently touring Africa for different projects, some of which we can finally reveal!

After going down to South Africa and meeting the Godfather, one of Africa’s renowned producers, Akothee flew over to Tanzania to record music featuring Diamond.

We can now reveal that Akothee and Diamond’s music dubbed “Sweet Love” is set for release soon.

Seeing as Wahu did a hit song dubbed “Sweet Love” a while back, we can only wait to see if Akothee’s new song will set new standards.