The fast rise and painful fall of Kenya's internet celebrities

By Gloria Aradi
2 months ago

Two weeks ago, Michael Njogo Gitonga, the man with an uncanny resemblance to President Uhuru Kenyatta, emerged from virtual anonymity to instant fame. Within minutes of Gitonga’s photos being shared on social media, they had been reposted on multiple platforms, turning him into a hot online conversation topic and immediately catapulting him into the limelight. Like many other ordinary Kenyans who sparked interest on social media, Gitonga found himself becoming an instant celebrity. Suddenly, several companies want to be associated with him, offering him all manner of goodies.

“We cannot meet now as we had planned because I have a meeting with Bonfire Adventures,” Gitonga said when The Standard sought him out last Friday.

Subsequent efforts to interview him pursued through him and his manager Joe Matheri, fell through, partially due to his new busy schedule. It turned out that Simon Kabu, the chief executive officer of Bonfire Adventures, had invited Gitonga to his office and offered him and his family a holiday to any destination within Kenya, redeemable at the family’s convenience. The tour firm also bought Gitonga a new phone.

Earlier last week, Maridady Motors, a car dealership based in Kiambu County, posted a photo of Gitonga at their showroom, accompanied by the caption: “Fellow Kenyans, which car do you suggest Uhunye (the President’s nickname) takes from our showroom?”

Gitonga, ‘the president’, is not the first Kenyan to have been thrust into the limelight by social media. Before him, there were several others. Most of them, however, faded back into obscurity almost as fast as they came out of it, and as soon as the public’s fascination with them died down and the world moved on. Before Gitonga, there was Martin Kamotho, famously known as ‘Githeri Man’. Kamotho became a celebrity after a photo of him eating githeri from a clear plastic bag on a voting queue went viral during the August 2017 General Election.

Then there was the couple whose pictures were spread widely after they held a simple wedding that cost Sh100.

On the streets of Nairobi, two urchins whose makeover photos were captured on a Valentine’s Day photoshoot became instant celebrities. Sadly, few of these celebrities created by social media last long. Some do.

Stivo Simple Boy has managed to capitalise on his instant fame to grow his rap career and remain relevant. He continues to be a popular fixture on social media, with more than 92,000 followers on Instagram. For the past week, Simple Boy has been popularising his latest music video with the singer Vivianne, which was scheduled for release yesterday. The instant fame was just a little bump in the lifestyle of the singer.

But the bump was bigger for Wilson Mutura, the groom in the Sh100 wedding who today admits that instant fame is often more damaging than beneficial. In 2017, Mutura and his wife, Anne, went viral for their modest wedding. In the immediate aftermath, Mutura says blind optimism clouded their judgement, and that all the attention and offers from different people, companies and institutions deceived them that their lives were going to change.

Six months after the wedding, Mutura says he and his newly-wed wife went back to spending cold nights in their run-down, rusted iron sheet house in Mwiki, Kasarani, where he continued with his old job of hawking fruits from a cart.

“It would rain at night and we would have to move our bed. There’s a day we even went back home and slept hungry,” Mutura says.

All this, despite being gifted a Sh3.8 million wedding and other expensive gifts. The gifts have made little impact on the couple’s life. Mutura blames some people for deceiving them, including a company that went back on its promise to give them land, and others who defrauded unsuspecting Kenyans on claims that they were fundraising for the couple, only to disappear with the cash. Mutura left his job as a fruit vendor after being gifted a fully stocked shop. Three months later, the couple closed down the shop when it became unsustainable. Soon after the fame died down, all the well-wishers, save for Bonfire Adventures, deserted the couple.

“At least Kabu paid for my driving course and employed me as a driver at Bonfire Adventures. He held my hand,” says Mutura.

He still works at Bonfire Adventures as a driver. Without the job, Mutura reckons he and his wife would still be stuck in their shanty house in Mwiki or languishing in poverty back home in Kinangop, their instant fame a distant memory. In February, the couple, now blessed with a son who is turning three in September, celebrated their third wedding anniversary. The fame may be gone, but not the lessons on fame.

“Trending is not a good thing because people think you have money yet you have nothing. They invite you to fundraisers but when all you can give is Sh500, they think you are selfish,” says Mutura.

“Focus on getting long-term benefits rather than small short-term gifts that will not improve your life. Fame is often a fleeting moment,” he says.

The story of Kamotho, alias ‘Githeri Man’, is perhaps one of the most tragic. After becoming a celebrity overnight, he featured on multiple media interviews, got a new wardrobe, free land, and to cap it all, received a Head of State Commendation and a gift of Sh100,000 from President Uhuru Kenyatta. Barely a year later, Githeri Man appeared online again. This time, he had passed out on a trolley somewhere in Nairobi’s Kayole estate, a pale shadow of the man who received top honours from the President.

Githeri Man would later confess to battling alcohol addiction and seeking help at the Mamacare Rehabilitation facility with the help of Kiambu Woman Rep Gathoni Wa Muchomba. After four months at the rehab, Githeri Man was among 77 recovering alcoholics from Mamacare Rehabilitation who received graduation certificates from the President. A pale-looking Githeri Man told KTN News that his new-found fame and the outpouring of gifts became overwhelming and a nuisance in his life. In the end, all that remains of the avalanche of gifts he received is an empty piece of land gifted to him by Ngong Crescent. Yesterday, Githeri Man told The Standard that three years after becoming famous, his life has stayed the same, except that he is now sober after leaving rehabilitation.

“My life is just the same. I still live in the same house in Kayole and I am still working as a cleaner in Dandora for Nairobi County,” Kamotho told The Standard.

Another tragic story of overnight internet sensations is that of Sammy Githae, nicknamed ‘Blackie’ and Virginia Njeri, a young street couple that became overnight celebrities after pictures of its Valentine Day’s makeover shoot by Muchiri Frames went viral in February 2018. At the height of their stardom, the couple was spoilt with a flight and holiday in Mombasa’s Diani beach among other gifts.  However, in an interview with KTN News, a pained Blackie disclosed that their fame was short-lived. Barely half a year after becoming famous, the couple was back on the streets, homeless and jobless, their only takeaway being memories of their short-lived fame and a bitter aftertaste.

“I had a mentality of richness. I saw God blessing me; I was flying. I never thought I would return to my life. I even went to a (big) hotel, I enjoyed myself. We ate good food, I do not even remember the names of most of the food we ate,” Blackie reminisced on the good times.

Back on the streets, Blackie said all those gifts and VIP treatment only made the couple’s fall all the more painful.

“They said they would get us a car wash (business) and promised us better lives. Our rent was paid for four months but after that, our lives changed. We couldn’t raise rent because we didn’t have jobs,” Blackie said in an interview on KTN last year.

When The Standard tried to contact the couple yesterday, they could not be reached.

Bonfire Adventures had offered Blackie a job in Kericho. He turned down the offer saying he was not ready to leave Nairobi. So what really happens to overnight internet celebrities?

Psychologists say people who gain instant fame are often unable to make good use of it due to a range of factors, from being unprepared to handle fame to having underlying problems.

“First they have not been psychologically prepared to cope or manage new developments. Two, there could be underlying issues that made them vulnerable,” says Sheba Atieno, a behavioural psychologist.

“A good example is Githeri Man. The addiction problem had not been addressed,” she says.

Loice Okello, a counselling psychologist, says instant fame often takes people time to get used to, especially when they did not see it coming or did not put much effort or resources to get it.

“The human being lives by the mind and mind-sets. The brain has to adjust and understand certain things about life. So if the person has not put in the right mindset to begin to adjust to that kind of life and even trust that this will last, it becomes difficult for them to trust, stabilise and adjust to that change,” Okello explains.

Okello also cautions that some of those who shower instant online celebrities with gifts might have an agenda and that when this is done, they quickly dump the overnight stars. She advises people who become famous ‘by accident’ to seek professional support.

“I like it that some companies put people under a financial mentor. It is important to have any type of mentor so the person can adjust to the situation, whether the fame will be short-lived or long-lasting,” she says. 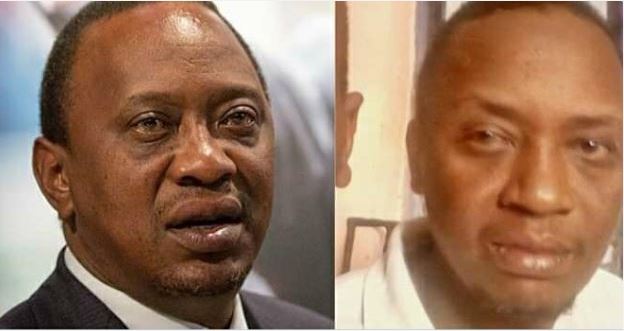