Why shisha smoking won’t go away

By Margaret Ngenya | 3 years ago 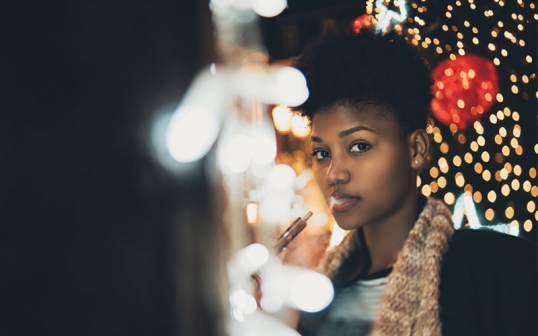 Like many of his friends, for KTN’s Jamal Gaddafi, smoking shisha is the best way to unwind with pals in an evening after a day’s job.

He does not smoke cigarettes, neither does he consume alcohol. But like many Pulsers who hit the fun joint for a good time, Jamal relaxes and catches up with his friends over the glass-bottled water pipe.

And he is not alone. Many local celebrities and Pulsers have adopted shisha smoking that now comes in diverse flavours. This is a lucrative business venture through which many restaurants, clubs and lounges are making a killing.

Even though the practice – originating from India and Persia - is relatively new to the Kenyan entertainment scene, many have adopted it. In fact, traders in Eastleigh, which happens to be the main market for shisha bottles and flavours, are said to be recording booming business. One set can go for as much as Sh10,000. On average, a fill of shisha in a club goes for between Sh1,000 and Sh5,000.

“I smoke shisha especially over the weekends when I party out with friends. Since I am not a heavy alcohol drinker, I find shisha smoking a comfortable and relaxing habit,” says Azam, a 25-year old cashier at a local bank.

“I started smoking shisha two years ago after it was introduced to me by friends in campus. Since then, I have already purchased 50 shisha bottles, some of which I rent to clubs while others are used by workers in joints where I directly sell shisha. Having been in the business for a year, I can tell you that this is a growing and lucrative business,” says Norah, 24, a top commercial model, adding that she has been using her business connections for the enterprise in leading hotels and lounges.

On average, Norah says she takes home about Sh20,000 on a good weekend day.

“Sometimes, people hire us to supply them with shisha in private parties and when this happens, the prices go a bit higher. Most of those parties that feature prominent personalities are becoming common and lucrative,” she says.

Norah says that together with her business partner, she plans to open shisha smoking cafes for clients who feel uneasy going to the clubs where it is mostly offered, adding that most of such clients now opt to order their favourite flavours and smoke at home.

However, as the shisha smoking phenomenon catches on, health specialists warn that shisha can pose health hazards to a user with some of those critics arguing that unlike common believe, shisha poses similar health risks as those posed by cigarette smoking.

“There is this misconception that shisha is not as bad as cigarettes as people believe since it is flavoured and that it passes through water – arguably for filtering. However, the truth is that the nicotine levels remain the same and so a shisha smoker would be vulnerable to the same health challenges a cigarette smoker would experience; from respiratory issues, cancer and heart diseases,” says Dr David Mutisya, who adds that shisha smoking can be addictive and dangerous.

According to research carried out by the World Health Organisation, the volume of smoke inhaled in an hour-long shisha session is estimated to be the equivalent of smoking between 100 and 200 cigarettes. The estimated findings go on to show that, on average, a smoker will inhale half a litre of smoke per cigarette, while a shisha smoker can take in anything from just under a sixth of a litre to a litre of smoke per inhale.

However, some experts still argue that the WHO reports may not be justifiable as no research has yet been done into the long-term effects of shisha smoking. In fact, researchers at the Royal University of Saudi Arabia have shown that shisha smoke is 30 times less concentrated in chemicals than cigarette smoke, contradicting the WHO warnings.

“The truth is, inhaling smoke of any kind may not be good for anyone and so there is need to exercise caution when discussing the issue,” says Dr David.