Humphrey the hippo had been raised 'like a son' by farmer Marius Els since he was five months old. The devoted animal-lover, from South Africa, was so devoted to his unusual pet he even built him a huge lake on his farm so he could swim in his natural habitat.

Humphrey was rescued from a flood when he was just a baby. But when he became too big for the people who had taken him in, Maurice stepped in and gave him a home.

For years, Humphrey was a much-loved member of the family. He seemed to love life on the 400-acre farm in the Free State Province.

Maurice taught him to swim with humans, a past-time he appeared to relish. He would feed Humphrey and even helped him brush his teeth.

The former Army Major said: "Humphrey's like a son to me, he's just like a human. There's a relationship between me and Humphrey and that's what some people don't understand.

Maurice was so secure in his pet's company he was even pictured riding on the 1.2 tonne hippo's back. However, the farmer always insisted he knew the risks of having such a dangerous animal as a pet - hippos are one of the most deadly animals in the world.

The seemingly clumsy beasts are responsible for 500 human deaths every year and is the world's deadliest land mammal. They make look ungainly but hippos have extremely sharp teeth and are aggressive animals. Hippos are believed to kill more people than lions, elephants, leopards, rhinos and buffalos combined.

And in the months leading up to the fateful day when Humphrey turned from being a loyal and loving pet into a killer, there are reports the hippo was behaving aggressively.

Maurice's wife, Louise, is said to have warned her husband about the hippo.

In early 2011, according to reports in South Africa, a 52-year-old man and his grandson were canoeing on the river that passed through Maurice's farm. Humphrey spotted them and is believed to have tried to chase them away. The pair had to spend two hours trapped up a tree before Maurice arrived to tempt his 'pet' away with an apple.

He said: "I call him, and he immediately responds to come and play with me. I feed him apples. He opens his mouth. Big jaws, and teeth like this. It's a little bit dangerous, but I trust him with my heart that he will not harm anybody. I can swim with him. I go in the water. He allows me to get on his back, and I ride him like a horse. He swims with me."

And Maurice's business partner claims Humphrey killed his calves. Not only that but the hippo reportedly also regularly broke out of his enclosure and wandered to the local golf club where he would chase those playing on the greens.

Maurice always insisted the runaway hippo could always be coaxed back to the farm but those who knew him and Humphrey weren't convinced.

One of Maurice's neighbours said: "We tried to warn him, but he wouldn't listen." Then, in November 2011, Humphrey turned completely on the man who viewed him as a son.

He bit Maurice to death, with the farmer discovered completely submerged in the river where Humphrey had been rescued six years earlier.

He had suffered horrific bite marks and terrible injuries. 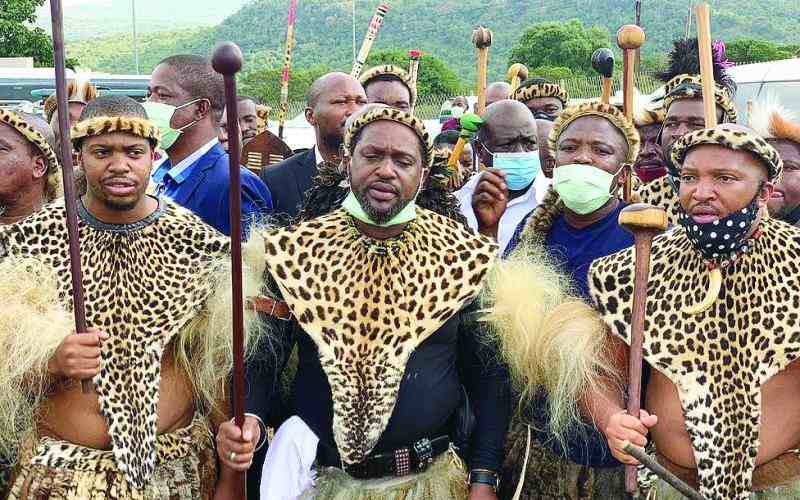 By Caroline Obuya | 2 weeks ago