The Bible is a book of myths, fables- Atheist Society of Kenya president

What do atheists do on Christmas Day?

Since we consider Christmas as having no particular significance to us, we take the opportunity to spend time with family and friends. It is simply free time for us to have fun.

Do you, as an atheist, find yourself calling out God’s name?

Yes. I occasionally may say something like, ‘Oh, my God! ‘Jesus Christ!’ or ‘Ngai!’ But those are just remnants of my religious past. I was a staunch Christian before and was used to saying that.

What is your take on God then?

There is no God and no Satan. Anybody saying there is God is lying. God is a creation of the Israelites who wrote the Bible. Have you ever asked yourself where God came from? Who created God?

Something is wrong with religion. People believe there is heaven and hell without thinking. This idea of God is a waste our time and that’s why we are advocating that focus should be on job creation, good environment and other beneficial causes.

What about the Bible?

It is not a book of truth, but one full of fables and myths. The writing of the Bible is inspired by men and it has gone through a lot of editing, with some books being struck out.

It is barely 200 years in Africa and so, we should be the first to discard it and embrace science. Let’s embrace humanism, compassion and secularism. Before the Bible, we had African ways of praying. We had a variation of gods, which we unfortunately rejected.

The story of Noah and the flood in the Bible did not happened. The story of creation is a lie. There was no Adam, no Eve and no Jesus or his purported miracles. This God they talk about murdered many people and allowed others to kill a multitude of people. Why?

This means you read the Bible keenly?

We have to understand the Bible in and out and compare it with other sources of information and knowledge.

When did you turn against the God you once believed in?

I was born an atheist. We are all born without belief. I grew up in Christianity (Friend’s Church) and even got saved in a protestant church. I was a believer in God because of my parents’ influence.

But gradually, I started asking questions and being critical about religion.

It is at university that I realised there is no satisfactory evidence to demonstrate the existence of God, Satan or any supernatural deity after interrogating religion and asking questions like, ‘Where did we come from?’

So where did we come from and what happens after this life?

Evolution has answered how the diversity of life came about. The theory of creation in six days is incredible and baseless. When we die, that is the end of life. There is no evidence that we will go to heaven or hell. Those places don’t exist.

We have to make the best of this life. Heaven and hell are used to scare believers into religion. Nobody has ever died and resurrected. We have no evidence. If you compare scientific theories with the biblical theory, you are likely to rubbish the biblical theory even if you are a believer.

When you publicly announced that you are an atheist, how was it taken by relatives and friends?

My father, mother and siblings were shocked but they have accepted my position. My mother is still praying for me to change into a believer. She’s just being a good Christian mum.

I work for the Central Bank of Kenya in the corporate communications section and I have not been discriminated over my beliefs. My colleagues have learnt to live with me.

Are Kenyans hostile towards you?

Not really. I have not experienced physical hostility because of disputing the existence of God. Even though Kenyans are very religious, they have so many problems to deal with and this distracts them a lot.

The issue of God arises only on Sundays most of the time. But I have met people who warn that something will strike me dead. Others even curse me, but I don’t take them seriously. I am living proof that curses and prayers don’t work. Anybody trying this on me will fail.

In your world, miracles too are non-existent, right?

We don’t believe in miracles. Miracles, prayers and witchcraft are created to mint money from believers.

Who exactly are atheists and how different are they from religious people?

We are normal people and not devil worshippers as some people perceive us. It is only that we don’t buy the idea of God, Satan and other deities. We are about science and scepticism.

We move away from the religious world to one that embraces doing good. We don’t have restrictions on whatever you want to do.

As long as you don’t hurt or harm others, it is your business. For us, if you want to booze, have sex or enjoy yourself in whatever way, it is okay. Let’s be free and embrace secularism. But we face challenges when it comes to dating.

Many women turn us down the moment we open up about our beliefs. Naturally, women are very religious and would find it hard to accept a man who is an atheist. Many have dumped me because I am an atheist.

But I don’t hide who I am and that is why I am 38 years old but still single. However, I don’t believe that it is a must for one to get married.

Don’t you believe atheism is a recipe for anarchy, that is if people don’t fear that there is a God watching over them?

Ours is a humanism concept and not a biblical one. We believe that it is wrong to harm others, not because the Bible says so. In any case, we have a government to take care of security.

Could you become a staunch believer again?

When I am provided with sufficient evidence that God exists, then I can turn. Unless it is proven beyond doubt that there is a God, I will remain an atheist and advocate for growth of atheism in Kenya.

What are your plans for the Atheist Society of Kenya and who funds you?

We have 300 registered members, out of which only six are women. We are pushing to have religious studies scrapped from the primary school curriculum.

Churches, mosques and clerics are enough to teach religion to the willing, but it is wrong to forced children to study religion in school. We also want the removal of the word ‘God’ from our national anthem to make it inclusive. In addition, we are advocating for the banning of preaching in public vehicles.

On the issue of funding, we raise money through member contributions, the Atheist Alliance International and other humanist organisations. 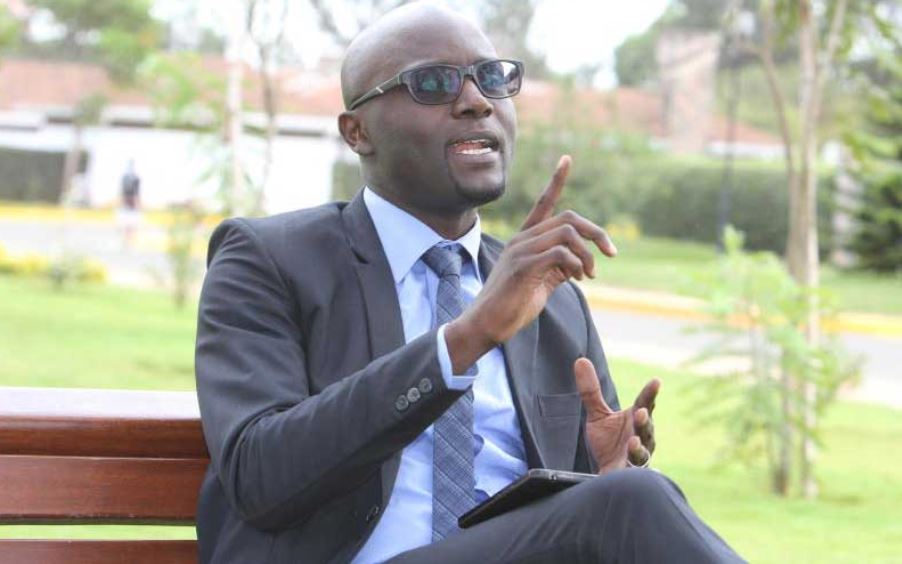