When Nairobians grew a 'kitambi' on purpose: Oh! The good old rounded days of the pot belly 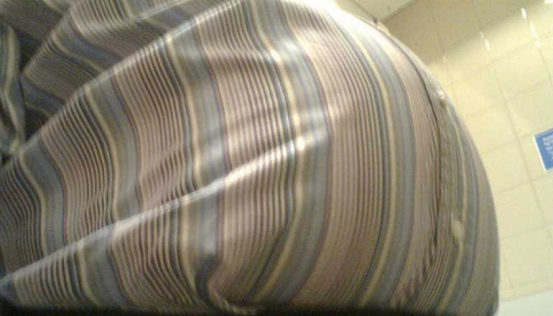 So popular was having an expanding midriff that a television programme along the lines of 'Kitambi-Possible' would have seen contestants being turned away during auditions for being lean.

The 'kitambi,' nicknamed 'public opinion,' was popularised by men from Central Kenya, who relentless gorged themselves with 'nyam chom,' watered down with copious amounts of 'onywaji' to grow a sizeable beer belly.

Under such meaty circumstances that later attracted gout, a 'kitambi' gradually made it appear like one had been 'pulizwad' with a bicycle pump from behind.

Indeed, some 'vitambis' could have been carried around on a wheelbarrow by their owners!
Growing a 'kitambi' with the unflagging zeal of a preacher foaming at the mouth to win souls, meant that you had 'fallen into things,' and was thus very far from an out-of-money experience.

Men competed to grow a 'kitambi.' Women associated these frontal protrusions with money and wealth. It was the hallmark of a sugar daddy minus the 'kipara.' You knew who was paying the bill and who was the 'mdosi' by just looking at the sizes of 'vitambi' flopped in the bar.
Today, a 'kitambi' is a sign that one is doing badly in the fitness department. Besides 'looking funny,' a 'kitambi' is a health hazard. Belly fat is associated with Type Two diabetes, heart disease, insulin resistance and low cholesterol levels.
And Eve no longer looks kindly on an Adam sporting a beer belly. Oh! the good old rounded days of the pot belly.