By Steve Mbogo
4 years ago

In the 1930s, a bunch of poverty-stricken boys from Rwathia village in Kangema, Murang’a County, walked to Nairobi with nothing but tattered clothes and a burning dream to find that elusive thing called mbeca (money). Little did they know that they would make tonnes of it.

Eighty years on, the value of property owned by the Rwathia businessmen in Nairobi, Thika, Murang’a and other towns runs into billions of shillings, with their billionaire sons and protégés control substantial wealth at the Nairobi Securities Exchange.

The tough-as-nails capitalists from Rwathia provide a story of unrivalled dedication, passion and inspiration that enabled young boys, most of whom are now deceased, to transform their lives through hawking vegetables, selling charcoal and wattle bark, setting an example in ambition, personal discipline, frugality and entrepreneurship for generations.

Gerald Gikonyo Kanyuira, over 100 years old and still counting, is the only remaining patriarch of the great capitalist boys from Rwathia village that produced the legendary Rwathia Group of entrepreneurs, who control a swath of properties and businesses in downtown Nairobi.

As an indication of the sheer determination of the boys from Rwathia, at 102 years, Gikonyo, who once employed Equity Chairman Peter Munga as a casual labourer in one of their hotels, still supervises several businesses owned by the various groups from Rwathia.

The journey to massive wealth for these exceptional entrepreneurs started in 1930, when a group of boys came to Nairobi and set up a vegetables hawking business.

“We would buy the vegetables from Marikiti (Wakulima) Market from traders from Limuru, and sell them to Asian families,” says the father of 23 and husband to four wives who first worked as a farmhand in a Nyeri coffee plantation.

Since there were no banks for Africans then, the boys would send one of their friends back to the village to deliver some savings for safekeeping by the elders. When the boys in the city needed to increase their investment, they would go back to the village and get their savings. This cycle had a ripple effect. Seeing how their peers were able to save money, more boys from Rwathia were encouraged to go to the city and start similar or different businesses.

“There was a wave of boys from Rwathia coming to Nairobi. We encouraged it because we all wanted to do business together,” recalls Mzee Gikonyo, whose first child was born in 1936 and his last born 36 years later.

It is then that the Rwathia boys decided to form several savings groups and one person would belong to several of them. After seven years of selling vegetables and doing other businesses in Nairobi, the savings groups started buying buildings from Asians in Pumwani to set up shops and small dukas. A group of five to 12 people would buy one shop and jointly start a business. The Asians were selling the shops to move closer to the city centre.

In 1952, the groups decided to start buying plots, on which they built residential and commercial buildings. But this new investment was disrupted the following year when the Mau Mau insurgency saw Kikuyus in Nairobi hounded and repatriated to restricted areas known as ichagi (villages). The period that followed was of sheer destruction by the British colonialists. They particularly targeted Kikuyu-owned businesses as they suspected they were part of the Mau Mau support base. All that the Rwathia boys had built was razed to ashes.

By 1957, the Mau Mau war had slowed down because it was taking a toll on both combatants. The colonialists called for amnesty and began allowing some Kikuyus who had businesses back to Nairobi. The boys from Rwathia, now seasoned businessmen, took the offer and decided to up their ambitions.

“When we returned, we decided that we would henceforth enter the city centre, where we were not allowed before. Our idea was to rent buildings and start businesses,” says Mzee Gikonyo, who prefers boiro to roast meat. “But most of the buildings we wanted to rent were owned by Asians. They were fearful of the Mau Mau, so many of them were migrating from Kenya and selling those buildings. This is how we started buying some of the buildings that we still own to date.

“Again, we started buying in groups as we had done in Pumwani and Majengo. As many as 30 people would buy one building. All the small savings groups from Rwathia worked in harmony. So you would find one person owning shares in several groups. It was the best thing we did for ourselves,” explains Mzee Gikonyo.

Today, the Rwathia groups control prime properties in Nairobi, especially within areas on the east side of lower Tom Mboya Street, Ronald Ngara Street, River Road, among others, besides the beer distribution outfit, Rwathia Distributors. Buildings and bar and restaurants like the famous Magomano, Kinangop, Njogu-ini, Eureka, Timboroa and Alfa Hotels, among others, are all owned by several savings groups from Rwathia.

“The big lesson that we learnt and which we would want generations to understand is that one cannot achieve much alone. It is important to cooperate, even if it is with your wife,” says Mzee Gikonyo.” People should come together. This is what I tell young men from Rwathia.”

He adds: “We succeeded because we had passion for our businesses. It is important for people to have passion in what they do even if they are employed. If one is not passionate, it is better to resign than spoil other people’s business.”

He says the Rwathia groups thrived on trust. “Each group would pick one of them to manage the business. Every month, members of the group come to inspect the financial books. At the end of the year, we divide the profits or re-invest,” said the man whose village founded an empire. 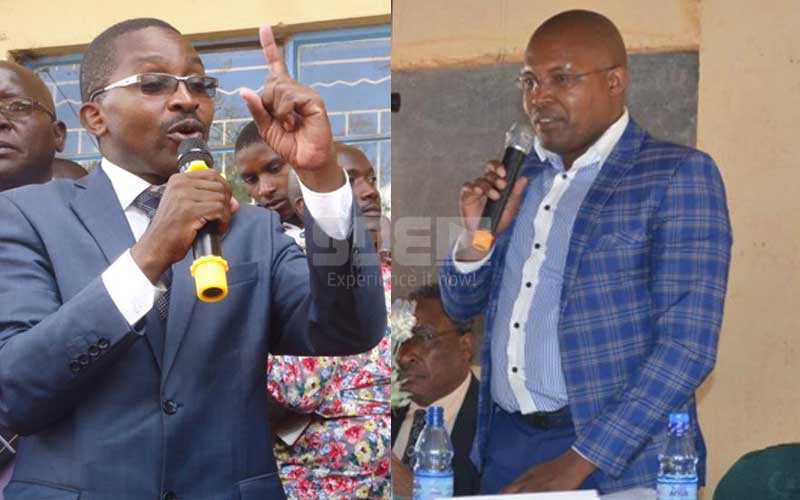 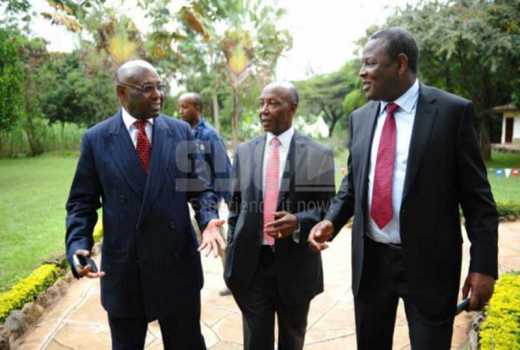 This village controls half of Kenya's economy
3 years ago 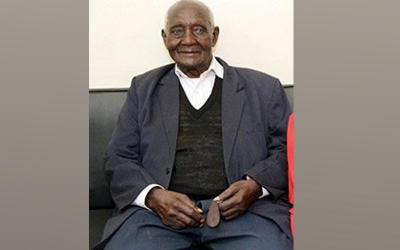 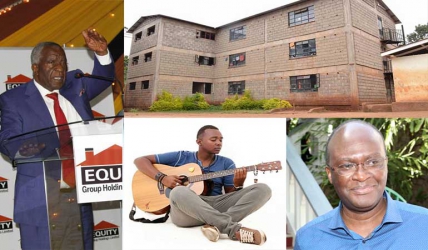