When mothers named their girls Sarafina

By Nairobian Editor | 5 years ago 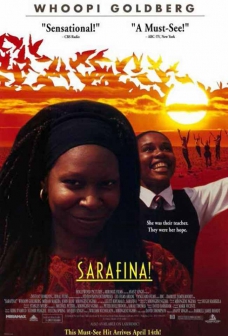 Many foreign films have been shot in Kenya: King Solomon’s Mines, Born Free, Out of Africa, White Mischief, The White Masai, The Wilby Conspiracy (starring Sidney Poitier and Michael Caine) and Odongo - the British film about an odiero hunter who falls head over heels in love with a vet.

The above flicks had mzungu-tinged story lines, but the more memorable ones had miro narratives: The Kitchen Toto, starring Edwin Mahinda, Ann Wanjugu and Bob Peck; and Nowhere in Africa, featuring the late Sidede Onyulo as Owuor.

Besides its unforgettable songs like Hugh Masekela’s Sarafina, Mbongeni Ngema’s The Lord’s Prayer, James Ingram’s One More Time and S’busiso Ngema’s haunting, Safa Saphel Isizwe (The Black Nation is Dying), the film led to many girls born in Kenya at the time being named Sarafina.