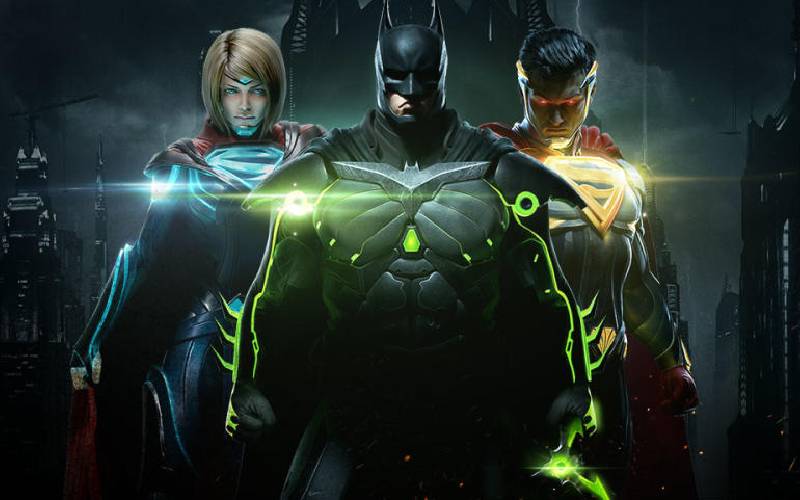 Superhero films have infiltrated children and adult minds for a long time. The comics have provided fodder for pop culture, but superhero video games are even better.

Such comics have driven the imagination of many. Today, superheroes represent a golden goose for lots of companies as they capitalise on a character that many would like to be associated with.

Although they are mostly tied to films for a purely passive entertainment experience, video games have also jumped into the adoption of these characters, and the results have been impressive.

The ‘Batman: Arkham’ series from developers Rocksteady Studios and the ‘Injustice’ series developed by NetherRealm Studios were the start of the truly glorious time for superheroes in video games.

Video games based on comics most popular characters have no shortage of fantastic heroes and villains, as well as classic stories to go with.

Upcoming titles that have a superhero touch in them include Monolith’s Wonder Woman, Marvel’s Midnight Suns and Gotham Knights. These are some of the highly awaited titles.

Here are some incredible titles that have been with us for some time and they have lived up to their expectations.

Batman: Arkham City is one of those games that rightly garnered much attention with the end of 2011. It is considered the best book game and laid the groundwork for the games that came after. The game’s primary focus is on Batman’s combat and stealth abilities, detective skills, and gadgets that can be used in both combat and exploration. His ally, Cat Woman, is another playable character, featuring her own story campaign that runs parallel to the game’s main plot.

This is another catching adventure video game based on the Marvel Comics character Spider-Man. In the main story, the super-human crime lord ‘Mister Negative’ orchestrates a plot to seize control of New York City’s criminal underworld. When Mister Negative threatens to release a deadly virus, Spider-Man must confront him and protect the city while dealing with the personal problems of his civilian persona, Peter Parker.

This is a 2009 action-adventure game developed by Rocksteady Studios based on the DC Comics Superhero Batman and written by veteran Batman writer, Paul Dini. In the game’s main storyline, Batman battles his archenemy, the Joker, who instigates an elaborate plot to seize control of Arkham Asylum, trap Batman inside with many of his incarcerated foes, and threaten Gotham City with hidden bombs.

Injustice 2’s storyline centres around Batman and his insurgency’s attempt to restore society after the fall of Superman’s Regime; however, the arrivals of the newly formed supervillain group ‘The Society’ and the alien ‘Brainiac’ force Batman to consider freeing the imprisoned Superman to help combat the threats. Players compete in one-on-one combat using characters from the DC Universe and other third-party franchises.

This action-adventure video game is based on the character ‘Deadpool’. The story sees Deadpool joining forces with Cable and the X-Men to take down Mr Sinister. Cable and Deadpool’s dynamic creates plenty of funny moments as Cable’s deadpan toughness contradicts Deadpool’s childlike immaturity. The combat itself is really addictive, as you can use either swords or guns to mow through an onslaught of foes. If you love Deadpool, this game gives you several hours of being engrossed in his crazy world.