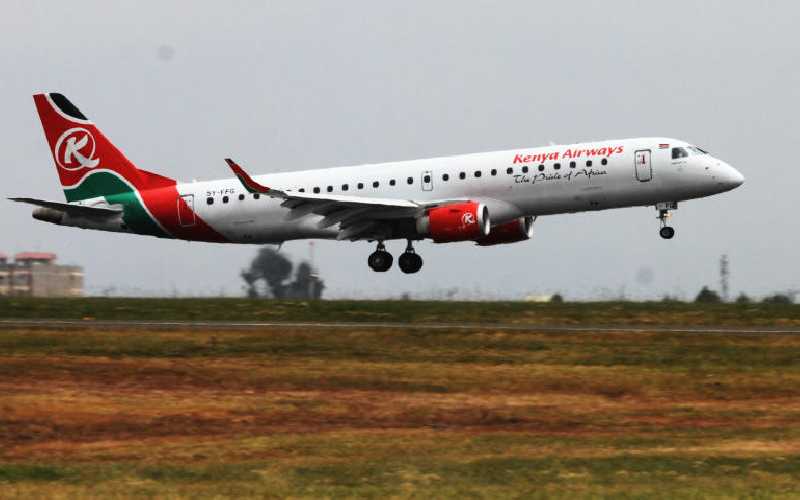 The move to nationalise Kenya Airways (KQ) may not have been well thought through. Going ahead with the process might complicate matters for the local aviation sector while creating loopholes that could lead to massive plunder in future.

According to the Law Society of Kenya (LSK) and the Kenya Association of Air Operators’ (KAAO), the government needs to halt the process. They also want Parliament to slow down the debate on the National Aviation Management Bill 2020 until certain basics are in place.

The LSK and KAAO in separate submissions also punched holes in the move to nationalise the carrier.

The lawyers note that the critical steps have been overlooked in the process that tries to salvage the national carrier.  KAAO – where KQ is a member – faulted the proposed reforms for ignoring an entire sector, and instead taking a narrow view that equates KQ to the country’s aviation industry.

The two entities faulted the merging the struggling KQ with the Kenya Airports Authority (KAA), noting that the loss-making carrier would drag KAA and deny it resources for infrastructure developments.

LSK in a statement yesterday in the local dailies noted that the process of reverting KQ’s shareholding back to the government has skipped many processes. These include comprehensive consultation within government as well as stakeholders.

The lawyers’ body wants the Bill withdrawn and relooked afresh. “A reading of the bill reveals several obvious constitutional legal and public policy issues which would have been picked up had the feasibility study been undertaken before its publication,” said the statement signed by LSK President Nelson Havi.

“LSK cautions that the implications of the Bill are far-reaching and need to be clear study before the Bill is processed further by Parliament.”

The lawyer’s body noted that sections of the Bill exempting KQ from certain laws would make the carrier ripe for massive corruption. The Bill exempts the carrier and its sister companies from such laws as the State Corporations Act and segments of the procurement law.

“LSK submits that the exemption from the three Acts shall lay the ground for corrupt practices and bad governance, as the operating entities shall be free to do whatever they wish with public assets without being answerable to anyone,” said LSK.

KAAO said the local aviation sector has been ignored by policymakers.

KAAO Executive Secretary Eutychus Waithaka said the benefits that will accrue to KQ from the proposed Bill should benefit other players in the eco-system to ensure they are all competitive and contributing to team Kenya.

The Bill proposes the formation of the National Civil Aviation Council to be chaired by the President. Its members will be Cabinet Secretaries of Transport, Internal Security and Treasury as well as the Attorney General and the Kenya Air Force Commander.