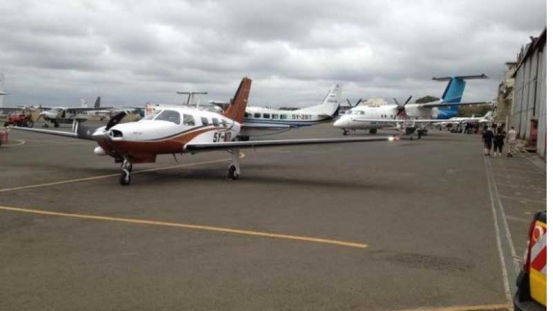 The Kenya Airports Authority (KAA) plans to give Wilson Airport a major facelift.

This follows complaints from a varied range of stakeholders who have noted the airport for its worrying state.

“Wilson Airport has grown to about 1 million passengers a year, though it was designed for half that number,” he said.

“This has resulted in congestion, especially by larger aircraft. One such aircraft can occupy the space of about four small ones.”

He said the rehabilitation plan was reached at a recent stakeholder meeting where KCAA was among the participants.

Captain Kibe further said the airport would have to be decongested of the larger planes for the repair work to commence.

“Affected will mainly be the large aircraft of 30 to 70 seats, which will have to be moved to JKIA”

Targeted for the major makeover include the airport’s runway, taxiway, apron along with other key infrastructure.

Kibe further said the proposal has received a buy-in from all the operators.

“I am happy to report that the operators were all for the idea to have the airport renovated,” he said.

The plans come as recent data shows the aviation sector is growing, further piling pressure on the airport operators to carry out major reforms.

Kenyans have two weeks to comment on draft tea regulations