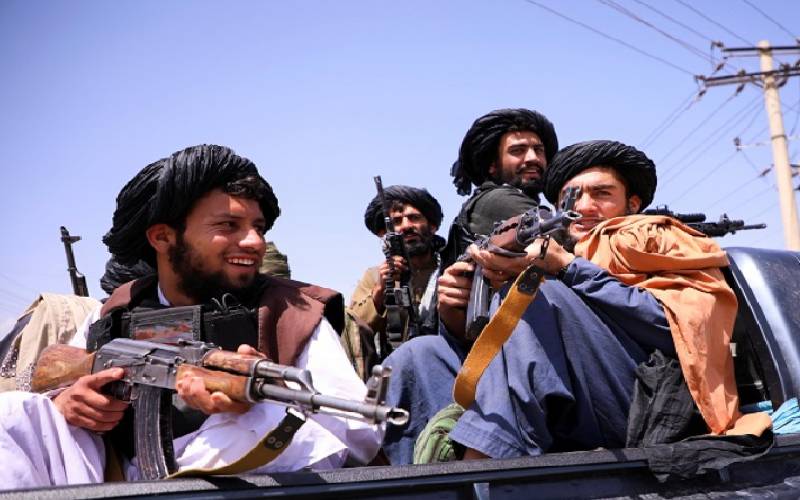 Several Arab countries have expressed fears that the takeover of Afghanistan by the Taliban after the withdrawal of US troops may lead to a resurgence of Islamist militancy, media reports said.

In its report, a local media outlet in the region reported that the concerns were expressed at an extraordinary meeting of intelligence chiefs of 22 Arab states held in Cairo last month.

"There is apprehension that the renewed Islamic State-Taliban conflict in Afghanistan may trigger a spillover of the IS to neighbouring countries or plot disturbances in the Middle East," a local news agency reported.

Taliban took control of Kabul on August 15, causing the US-backed government to step down. Later in September, announced the composition of the new interim government of Afghanistan.

Arab intelligence is of the view that the Islamist State is already radicalising youth in the Arab world, including Lebanon, to export them to Syria, Iraq and other places where they are required to support local IS groups.

According to the report, the Arab world is monitoring the situation, especially in Lebanon. A special report prepared for the Carnegie Middle East Centre on December 7 referred to the IS showing interest in Lebanon.

"In recent weeks, Lebanese media reports, mostly based on security sources, have expressed concern about the prospect of attacks by the Islamic State group. In the past year, young men, estimated at 35-40, have left their homes in northern Lebanon to join the ranks of the jihadi group in Syria and Iraq, where they've received training and are sending money back to their families," the outlet reported.

The report said that hundreds of people had previously joined the IS from Lebanon, but that was when the Syrian conflict was at its peak. However, intelligence agencies notice a spurt once again.

The Lebanese fear the new recruits could be trained and allowed to gain experience in the conflict regions of Iraq and Syria and asked to return to Lebanon to plan attacks. In November, a 17-year-old boy "who had been recruited online was arrested and charged with plotting an attack in north Lebanon", Al Arabiya Post reported.

"The recruitment drive by the IS has come at a time when Lebanon is facing its worst economic crisis in which the salaries of even the army and security forces have been hit. Unemployment is at a record high and it is easy to convince jobless youth to take up arms for the jihadi cause by promising them money," said the report.

Malala and Savula differ on almost everything, including how to fight off the ANC leader’s key rivals outside the One Kenya Alliance (OKA) outfit.

'Our blood is boiling': Victims angry as son of dictator closes in on Philippine presidency