Signs you're living beyond your means

By Pauline Muindi | 1yr ago 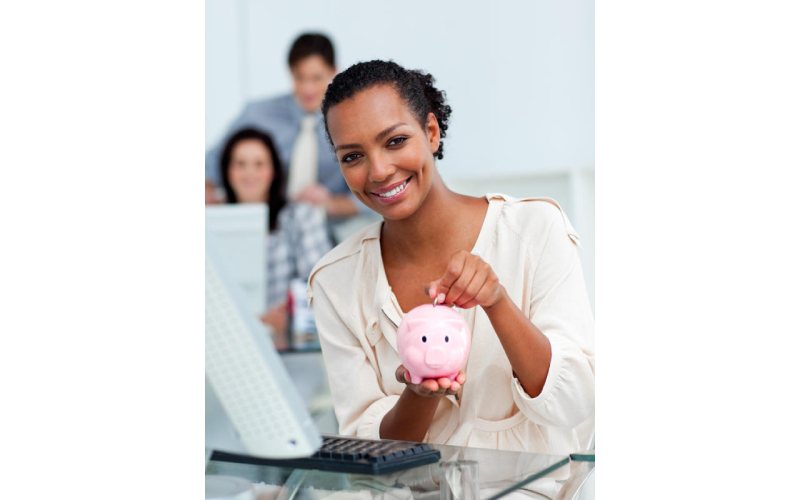 Living beyond one’s means isn’t that difficult to do in today’s world. With banks, mobile service providers, mobile loan apps, and loan sharks clamouring to offer loans to all and sundry, being in debt has become an acceptable way of life.

With a mobile phone in hand, you can access thousands in unsecured loans. Add to this pressure from social media to project an image of success to the world and the ever-rising cost of living and you have a recipe for financial disaster.

But just because debt has been normalised in today’s society, it doesn’t mean that you should be perpetually in debt. But being in debt isn’t the only sign that you’re living beyond your means.

Another thing to consider is that while expenditure is visible, financial prudence isn’t. With people humble-bragging about how broke they are, you might think that everyone is living the way you do. The person who is complaining about being broke on social media might be so because they’ve invested their money towards their long-term financial goals.

Most people don’t realise they’re living beyond their means until it’s too late. So how do you know that you’re financially overextending yourself? Here are the top signs:

You couldn’t live 3-6 months without your income

You need an emergency fund to cover for you not only in the case of job loss, but also in case of unforeseen expenses such as major car repairs, having to replace an appliance if the current one suddenly blows out, or taking care of medical expenses that aren’t included in your insurance.

If you don’t have an emergency fund, create a budget that allows you to start setting it up right away. Ideally, an emergency fund should be easily accessible – so save this money in a high-yield savings account or a money market account. Mobile saving with an app such as Mshwari is also a great place to start.

Another option to explore is certificates of deposit (CDs). Certificates of deposit offer fixed return rates for specific durations of time. CDs lock away your savings and charge penalties for premature penalties. Therefore, it is advisable to have several CDs with different terms. This way, you will build a CD ladder that will come in handy when you lose your income.

Instead of looking at savings as money you deny yourself, look at it like “paying yourself first.” Every coin you spend – whether it’s in form of paying bills or buying luxuries – is money you give away to others. This is the only money that you get to keep and use towards building your financial future.

Once you look at it like this, you will realise why it is important to prioritise saving as much as you can. With this realisation, create a budget that allows you to save accordingly.

Everybody wants to live in the best neighbourhood they can afford. However, rent is one area of expenses where many people overextend themselves – jeopardising their financial freedom. Experts say that you shouldn’t spend more than 28 per cent of your gross income on rent or mortgage.

This number was determined by conservative lenders to be the amount that an average person can pay towards housing and still have a reasonable standard of living.

However, while this number might work for people with average incomes, it might not work if you are either a low or high-income earner.

High earners can get reasonably luxurious living spaces for less than 30 per cent of their incomes and save more to retire early. On the other hand, those on the lower end of the earning spectrum might have to fork out more than 30 per cent on housing.

The 30 per cent rule also doesn’t take into account whether you have other loans such as car and student loans or other demanding financial responsibilities. While the rule offers a general threshold, it is better to take a close look at your financial situation and make a decision accordingly.

If your housing expenses are more than 30 per cent of your income, there are a few things you can do to curb the pressure on your budget. You can move further away from the city, make more money to compensate for it, or cut down on another expense. Getting a roommate to pay part of the rent is also a great option.

You don’t have a budget

A budget is a basic tool for any financially responsible person. However, you’d be surprised at the number of people who still choose to operate without one.

An American study found that 1 out 3 people don’t use a budget to monitor their spending and saving habits.

Operating your personal finances without a budget is like driving with your eyes closed… you will have no idea where you’re going!

A budget helps you set parameters on your spending so as to set away enough for long term financial goals. While creating and sticking to a budget is not easy, it is definitely worth it.

When you know your numbers, you will have less guilt about your finances and more motivation to work towards attaining your goals.

Premium Culture, protest votes: How Coast politicians defied odds to win poll
Coast
By Patrick Beja
3 mins ago
Premium Sad state of our democracy and what can be done to revitalise it
Opinion
By Nyatundo George Oruongo
1 hr ago
Premium Tracing the roots: Where Karua, Gachagua grew up
Central
By Wainaina Ndung'u
3 hrs ago
Premium Irungu Kang'ata extends fairy-tale journey with governor win
Central
By Wainaina Ndung’u and Boniface Gikandi
4 hrs ago
.