Trademarks: Why KPL teams are courting disaster by not registering 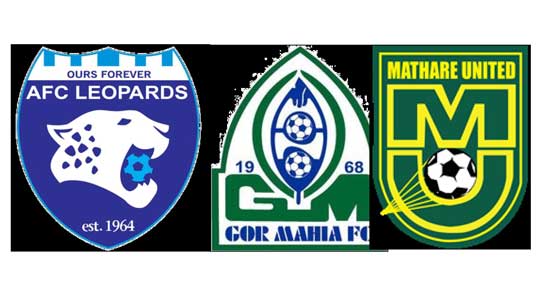 Sports Law: Only Gor Mahia, AFC Leopards and Nakumatt are not at risk of losing out on Intellectual Property

Corporate teams in the league have decided to make do with imitation of their parent company trademarks.

The Kenyan Premier League (KPL) prides itself as one of the best run and stable football leagues in the East African region.

Despite recent upheavals occasioned by the exit of some key sponsors, KPL matches have gone ahead uninterrupted in spite of the muffled complaints about lack of payments to clubs.

As KPL were making efforts to replace or renew sponsors, which they have already done, football fans always query why there is such apathy by local companies to be involved in local football.

If football is the most popular sport in the country (beating even the more successful athletics and Sevens rugby) surely a product such as KPL should be a hot commodity to corporates?

Yet, in assessing the net worth of our league, one of the key parameters has to be its branding abilities and tied to that the Intellectual Property involved. Unfortunately, most of the teams that play in the KPL have not bothered to carve out a brand that can be hailed as a product when the rights to the league matches are being negotiated.

Only four out of the 18 teams in the league have either registered trademarks of their crests or applied for the registration of the same.

AFC Leopards, Gor Mahia and Nakumatt FC are the only teams with registered trademarks in the top tier football league while Mathare United has applied for registration of its marks.

Four other teams that are corporate-related such as Tusker FC, Chemelil Sugar, Nzoia Sugar and Posta Rangers make do with an imitation of their parent companies’ trademarks that are not the same as their official club crests. Curiously, East African Breweries have registered Tusker Sports as a trademark and left out Tusker FC.

While AFC Leopards have one validly subsisting trademark (in two classes) registered in the year 2008, their previous three trademarks registered in 1984 were all allowed to lapse for non-payment of renewal fees.

Incidentally, the club has not protected its nickname ‘Ingwe’ as a trademark owing to a conflict cited by the Registrar in respect of previous trademarks registered by the club’s supporters' trust.

This points to the need for clubs to always work closely with affiliated groups to ensure there is no danger to its primary marks.

Gor Mahia have two validly subsisting trademarks (one in each class) registered in 2012 though the club has also not protected its nickname ‘K’Ogalo’ as a trademark.

Related groups have however registered trademarks such as Gor Mahia Sacco and Goma Lotto though efforts by one company to register ‘K’Ogalo Night’ was refused by the Registrar inexplicably citing the ‘Kogelo Marathon Run for Charity’ trademark as being closely resembling mark.

Mathare United’s three trademark applications though made in 2011 are still not protected as the club has failed to comply with registration requirements that include paying advertisement fees for the marks to be notified to the general public in the Industrial Property Journal.

Nakumatt FC has registered its two trademarks (one word, one word and device) though the same appear in the name of Nakumatt Holdings.

The recent announcement that the club has been sold to Francis Mureithi means that the purchaser acquired the trademarks for the registered proprietor, though a new proprietor on weighing the goodwill in the trademark can choose to change the same to align it to any new name of the club.

The clubs’ crests together with sponsor logos are used on advertising banners thus where the clubs have not registered their trademarks, they run the risk of other persons imitating their crests.

Clubs will also have legal problems taking action against persons who sell merchandise under their crests as trademark infringement is only operational and can only stand where the trademark is registered. The clubs may nonetheless pursue passing off even with unregistered trademarks.

For those using their affiliated company logos without any formal application made to the Registrar of Trademarks for licence (or registered user) usage, they run the risk of opening up their mother company trademarks to abuse by others who may then cite acquiescence as the reason for their misuse.

Most sponsors require the sporting entity to list its Intellectual property (usually the trademarks) and to warrant that the same shall be kept subsisting during the term of the sponsorship.

KPL clubs will therefore have problems meeting this condition unless they register their trademarks. For instance if AFC Leopards cannot guarantee their Ingwe TV show as a trademark it heightens infringement issues.

Unlike other leagues such as the National Basketball Association which holds the trademarks on behalf of the clubs and renews the same when due, KPL clubs have no such arrangement. This may be due to the fact that American sports do not have relegation whereas the KPL have comings and goings to the league.

KPL as the body mandated to run the league ought to have educated the clubs on the importance of the Intellectual Property protection or if they have done so, they should ensure some form of enforcement of the same to increase commercial credibility of the league.

It is noteworthy that the KPL itself as a body does not have a registered trademark. Indeed, the logo that the league uses bears such a close resemblance to the Lion Air logo that one may conclude that creativity and intellectual property is not a forte of the league. The same could be an easy target for those infringing.

Curiously, the body that KPL is affiliated to being the Football Kenya Federation has also not registered its trademarks.

Even worse, names such as Harambee Stars are also not protected under trademark law despite the lesson that many African nations learnt during the dispute by their fellow federation South African Football Association and Stanton Woodrush over the nickname Bafana Bafana. SAFA ended up paying huge sums reputed to be in the region of Sh40 million to be the proprietor of the trademark Bafana Bafana.

Other clubs worldwide have recognised merchandising as a revenue stream and protected their brands in a major way.