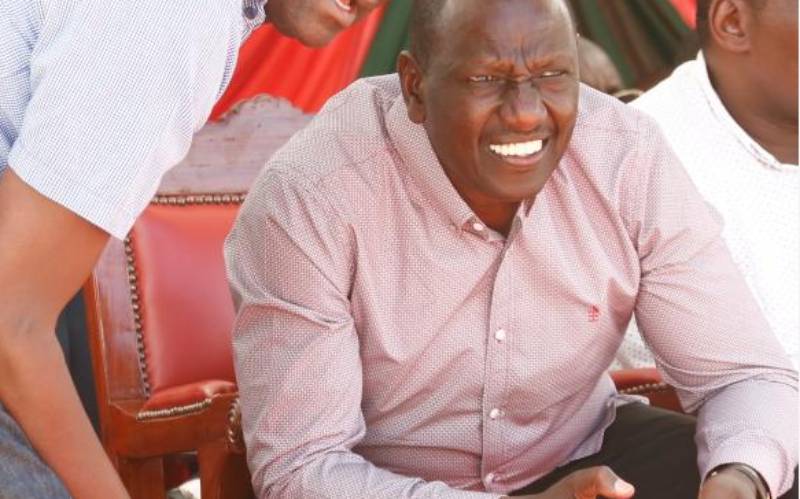 Deputy President William Ruto (picture) has reiterated that he is in Jubilee Party to stay.

Speaking in Mauche, Nakuru County, yesterday, during a funds drive in aid of women and persons living with disability, Ruto dismissed those predicting a fallout in the party.

He said: “They will be disappointed because President Uhuru Kenyatta and I are united for a genuine cause of delivering pledges to Kenyans.”

“We all support development and anyone with propaganda should stop, Jubilee is not available for division or games because it is clear the party was born out of proper commitment,” Ruto said.

Ruto has in the past claimed that the opposition was scheming to obstruct government development agenda in a bid to scuttle his 2022 presidential bid.

He called on leaders to work together and embrace pro-development politics.

“The realisation of the Big Four is dependent on the political stability of this country. Our unity as leaders is its fulcrum. It is therefore impossible for leaders to engage in endless politics that would not be of value to Kenyans,” he explained.

The DP said the opposition has no authority to dictate to Jubilee party what should be done for Kenyans.

By Nzau Musau | 3 hours ago

By Wainaina Ndung'u | 4 hours ago

What do Ruto and Gachagua have in common?
;
Feedback