President Uhuru Kenyatta improved his approval ratings in his strongholds amid a generally lower turnout in repeat polls.

By last night, the President had 7.3 million votes -- nearly 90 per cent the number he obtained in the August 8 General Election against main challenger Raila Odinga.

Kiambu County led in the numbers with Thika Town among six constituencies -- Ruiru, Juja, Limuru, Kiambaa and Kiambu -- amplifying his victory with 7,000 new votes in the race boycotted by Raila.

It is clear that the President has consolidated his support base at home after the nullification of the August 8 polls by the Supreme Court, a decision widely criticised among supporters but celebrated elsewhere.

This support at home enabled him absorb the impact of a lower turnout nationwide that was tied to the boycott and associated safety concerns.

But it is Tiaty in Baringo that marked the biggest surprise where the President got nearly 2,800 additional votes to cap the expected election victory in the one-of-a kind contest.

Mr Odinga has labelled the poll as sham elections, and that Uhuru does not have the mandate of the people citing that more than half of the registered voters did not take part.

However, State House spokesman Manoah Esipisu dismissed the claims, saying that elections had been carried out successfully in nearly all parts of the country except where youths loyal to Raila had caused mayhem and blocked the exercise.

“Kenyatta has the mandate because the repeat polls were held in 60 days as directed by the Supreme Court,” Mr Esipisu said in an interview with a global news channel, adding that the new results closely mirrored the outcome of the original exercise held on August 8.

He cited that it was normal for repeat polls to record substantially lower outcomes, pointing to past cases in Kosovo, and Liberia -- where the Opposition also stayed away.

Manoah appeared to be responding to Raila’s claim made earlier in an interview with CNN relating to his decision to boycott the rematch which he was granted by the Supreme Court on September 1.

Among the grounds he pegged his decision on was failure by the electoral body to effect changes to ensure a level playing field, in conditions he termed as “bare minimums”.

Lower turnout in Mandera and Wajir ate into the President’s numbers. In Mandera North, for instance, he managed 5,772 votes – less than a fifth of the 34,535 garnered in the previous polls.

It is not clear why the turnout fell, but it could be due to the absence of elections for lower seats such as the Member of County Assembly at local level.

In regions where Raila enjoys higher support, the turnout levels dipped substantially, with no voting recorded in his home county of Siaya, Kisumu, Homa Bay and most of Migori.

Violent protests have ensured that the polls, previously re-scheduled to yesterday, are yet to take place with no guarantees that the voting would happen in the near future.

Minimal voting took place in several constituencies in Western Kenya, with the lowest turnout being recorded in Butula, Busia County, at less than one per cent. Official records indicate only 402 people cast their ballots from nearly 58,000 registered voters.

The Independent Electoral and Boundaries Commission (IEBC) is yet to indicate the nationwide voter turnout, even though its chairman has given contradicting numbers in earlier estimates.

Commission chairman Wafula Chebukati had earlier indicated the actual percentage at 48 per cent, before revising it to 33 per cent on his personal social media account.

By last evening, however, Uhuru’s reported votes were at over 7.3 million. The number is significantly higher than the initial projections by Chebukati that only 6.5 million people had voted.

A formal explanation of the varying account is expected.

“The 48 per cent was a best estimate turnout from the team. Latest actual figures from 267 constituencies’ show 6,553,858 Kenyans turned out to vote,” indicated Chebukati on Thursday evening when he addressed the media, adding “Any other “results” should be attributed to their respective sources.”

As at last evening, the National Tallying Centre at the Bomas of Kenya was a hive of activity, as the commissioners spearheaded the verification process before announcing the results.

Returning officers arrived at Bomas, with hard copies of the results they sent electronically.

“3,722 Form 34As and 41 Form 34Bs are yet to be received and verified,” said Chebukati even as he dismissed results in the media as fake and unverified.

“As at 1.30 pm, the commission had received 208 forms 34B out of 291 constituencies. The poll results are found at our portal https://forms.iebc.or.ke/ ,” read the commission’s Twitter handle without any periodic updates from the chairman as agreed with the stakeholders.

The chair also gave a status report on the repeat polls in Fafi (Garissa County) and the five polling stations in Turkana Central constituency (Turkana County).

This week’s KCPE exams must not be disrupted by protests

Examinations in Kenya shape the direction in which the life of young people will take and students who will be handicapped in some way by the action or protesters could be staring at a bleak future. 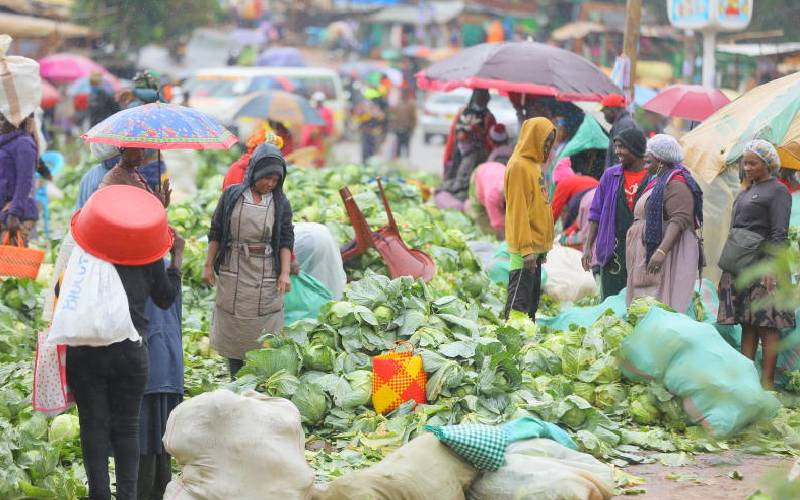