We need to hold candid discussion on public debt

President Uhuru Kenyatta in his Madaraka Day speech yesterday sought to defend his borrowing legacy, and even asked the next government not to shy away from borrowing.

That will was, no doubt, music to National Treasury Cabinet Secretary Ukur Yatani who wants MPs to push the debt ceiling to Sh10 trillion from the current Sh9 trillion.

According to the president, debt is a catalyst for rapid development and, so far, there are is nothing to show that the country is on the verge of defaulting on repayment.

We cannot stop the National Treasury from borrowing as this might lead to a shutdown of the government. This country, like any business, needs to borrow.

However, we do not want a situation where how much the country borrows is the discretion of the National Treasury. This decision should be made by the taxpayers—the people will pay the loans—through their elected representatives.

MPs have an opportunity to fix this debate once and for all, at least for the sake of the next administration.

Secondly, it is important for us to appreciate that, in as much as economists would like us to believe that the country’s pubic debt is still sustainable, Kenyans have been feeling the pain of elevated debt levels through high taxation.

Payment of debt is being done at the expense of critical public services such as buying drugs, recruiting more police officers and doctors as well as building more schools and hiring more teachers.

It is time for us to balance between long term goals of the huge ticket projects and immediate needs such as security, education and medication.

Borrowing is not bad. Uhuru has done a good job on infrastructure using borrowed money. However, the next government and the people must decide whether to heed Uhuru's advice and therefore continue borrowing to further expand infrastructure or to slow down and focus on debt repayment and the immediate needs of wananchi. It is a healthy conversation we must have. 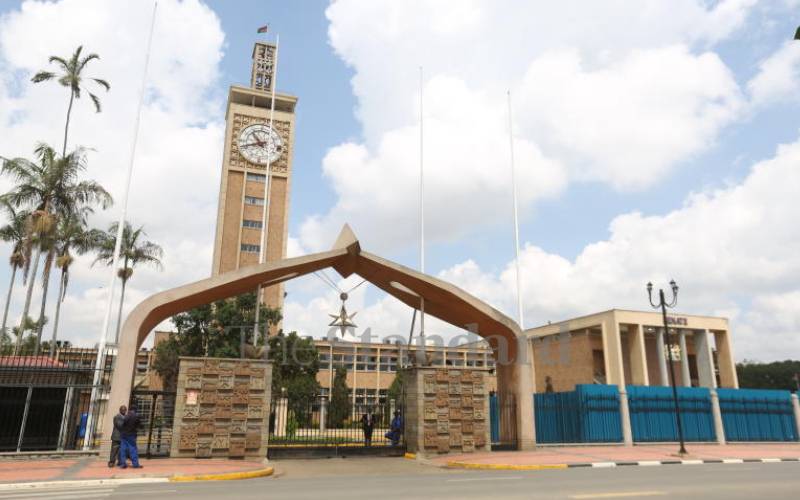 MPs rejection of Finance Bill good, but let's explore ways of reducing debt
A fruitful debate on reducing the public debt will lead to an honest conversation on the development of a national tax policy.
Opinion
By Ken Gichinga
3 months ago
.