By Edward Buri | 5mos ago 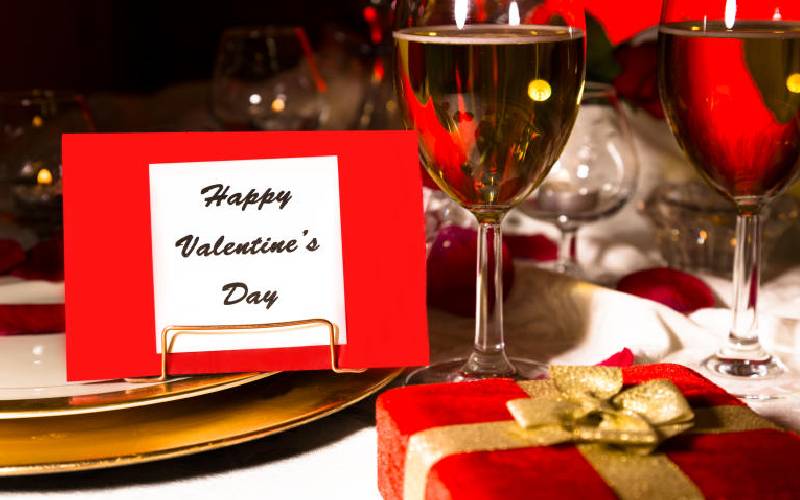 Valentine paints towns red. But surely love can never be dress shallow. The true question should not be how red your dress is but how red your love is.

Red love manifests in deep mystical bonds. In my priestly duties I often bump into intense stories of people, stories of red love.

A young family had just lost their eight-year old daughter to cancer. I was there as the nurses closed the curtains for the family to have the final moments with their daughter before she was taken to the morgue. The young couple cried deeply. We all had wet eyes and held drenched handkerchiefs. It was as if the suffering of their daughter had made them love her even more. There was nothing they knew they did not do including treatment abroad.  She was eight years old. They held her lifeless hand firmly, calling her name as they choked in tears. As they hugged her tightly, I wished the parental hug would have an Elijah-effect and return the daughter to them.

But it did not. Time came when the hospital staff asked us to leave so they can take the little body for preservation. The young parents could not leave. They felt to keep their daughter company – even in death.

We eventually supported them out of the ward. When we had gone some distance down the hospital corridor, the mother stopped and said “I have to go back. I did not comb her hair.”  Stinging words. We made our way back and the little girl was still lying there. The mother took a soft comb and combed the long hair of her lifeless daughter – until she was satisfied that she looked good.

“Do not break his finger!”

I visited with an old lady who has just lost her husband. She narrated her years of marriage with palpable fondness. As she told us of how the husband died, she told of an oversight that she and the nurses had made: they forgot to remove the ring from his finger as they took the body to the morgue. By the time she realised this, the husband’s body had been in preservation for a while.  She hurriedly went over to the morgue and asked to see his body. To her relief, the ring was still on. By this time the fingers were stiff and folded up.

She firmly instructed the attendants at the funeral home “Whatever you do as you remove the ring, do not break his finger.”  Many would care more for the gold. But she cared less for it and more for the husband’s finger.  Her care for his finger pointed to a deeper love.

This 91- year-old friend of mine is frail. He has mostly functioned from a wheelchair for over a year after a fall that crushed his knee. But of all that the immobilisation has cost him, what brings most sadness to his heart is that he cannot drive his 80-year-old wife to church. Since the immobilisation of her husband, the dear senior lady has been taking public transport. To fix this, her husband organised for his grandson to go to driving school. He topped up the official driving course with extra coaching classes so that the grandson could not only know how to drive, but be thorough at it [it’s the old man’s heart he would be carrying you know!]. Finally, the grandson was good enough to bring the grandmother’s walk-to-the-bus stop era to an end. He drove his grandmother - his grandfather’s darling - to church!  But there was a finer detail which according to the 91 year-old man, was the motive behind taking the grandson to driving school and the reason for his joy. He told me “You see, for as long as my wife took public transport to church, she had to wear flat shoes because of the walk to the bus stop. But truth is that she looks beautiful in heels. My delight is that with the grandson now driving her, she can wear her heels again!” The point was clear - “heel” your love.

On the first session of pre-marital counseling, I asked a young couple a standard familiarisation question, “How did you two meet?” The man looked into the girl’s eyes and she let out an affirming smile. He went ahead to narrate their story. “I’m a salesman and a potential male client gave me his number. After months of the number idling on my calling list, I dialed it. Against my expectation, a lady picked up the phone! I told her who I was calling. Clearly the day I wrote down the number I did not get it right. It was the wrong number. I apologised and hang up. A minute later the lady called back saying she thought there was someone in the firm she worked in with the name I had mentioned.

But my description still amounted to a mismatch. Impressed by the lady’s willingness to help, I extended the conversation and learnt she was actually not in Nairobi but in Western Kenya. I did not ask her name but I did not delete the number. A year later, my work took me to Kakamega for a four-day assignment. One of the evenings after work a memory floated to the surface, ‘Remember the wrong number?’ I dialed and invited her for coffee. I had not thought of the meet as anything but by the end of it I was thinking of everything!” The wrong number was right for love has an intelligence all its own.

It's smooth sailing for Mombasa Port despite post-election jitters
Coast
By Philip Mwakio
44 mins ago
Youths do not live in a vacuum; they need support from all of us
Opinion
By Evelyn Samba
1 hr ago
Parallel vote tallying good for transparency, a plus for our democracy
Opinion
By Demas Kiprono
1 hr ago
We cannot rely on voters to clean up our politics
Editorial
By Editorial
1 hr ago
.

By Fred Kagonye 4 hrs ago
Raila, Ruto votes in the 6 constituencies announced by Chebukati