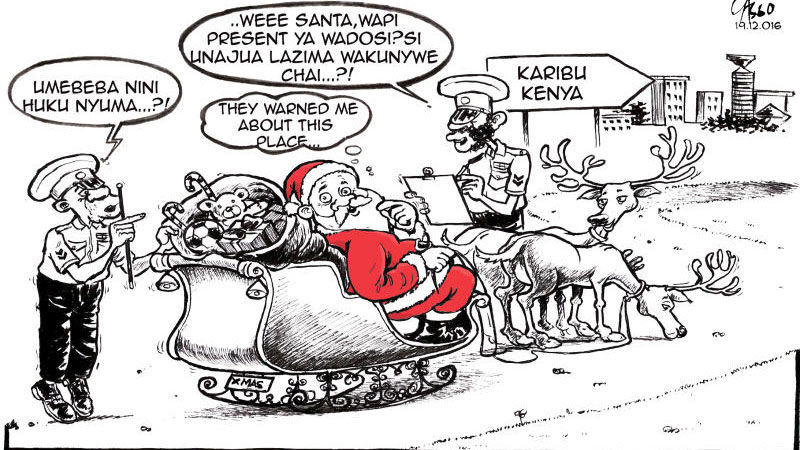 The term Banana Republic is pejorative. However, some pejorative terms have a grain of truth in them. American fugitive writer William Sidney Porter in his novel Cabbages and Kings coined the term Banana Republic. In political science, the term has come to mean a small, unstable, and highly stratified county ruled by an oligarchy or plutocracy. It originally referred to Honduras, then under the thumb of United Fruit Company, an American multinational, which worked in cahoots with the corrupt, servile elite to fleece the country. The “banana” in the republic is over-reliance on large-scale plantation agriculture in bananas for export. Which begs the question – is it fair to describe Kenya as a Banana Republic? Is it a deserved insult?

Let’s get our terms right. We do so by noting that bananas are the butt of many jokes. For instance, a person “can go bananas.” Some of the jokes are racist, and so we can’t go there. That’s why the term “Banana Republic” has a racist connotation to it. After all, a Yankee – from North Carolina – coined it about a Central American country. The Banana Republic Company – the seller of rustic, traveler-explorer ware mimicking the tropics – emerged in 1978. You get the picture. A banana narrative isn’t flattering. It could be downright offensive, racist, or even a little chewy. However, that doesn’t mean we should run away from interrogating whether Kenya is a Banana Republic. Let’s go there.

There are many bananas in Kenya. Literally. But Kenya isn’t a one-crop economy. Even so, one can still argue that Kenya is a Banana Republic. This is why. First, in a Banana Republic, there’s a high level of incest between political and business elites. That’s to say that business and political elites are one and the same thing. Egypt is a classical case where the military, which rules the State, owns the largest share of the economy – either directly, or through oligarchs. In Kenya, the picture isn’t more nuanced. In fact, you really can’t make real money unless you are connected to the State. That’s why our politicians, or their relatives, are the wealthiest Kenyans. It’s a symbiotic existence.

Secondly, the professions have been captured by the kleptocracy. Let’s take law, for example, my own “noble profession.” In William Shakespeare’s Henry VI, Dick the Butcher said that “the first thing we do, let’s kill all the lawyers.” This, he suggested, would’ve made the country better. I obviously wouldn’t go that far, but some lawyers in Kenya have been the bane of our existence. Many have aided and abetted bad governance. I can think of an Attorney General or two who are as guilty as charged. Or a number of attorneys who are lawyers for the mob – the mafia, Kenya’s version of la cosa nostra. These lawyers infest our courts to corrupt a willing judiciary. It’s the mob.

Other professions aren’t immune. Take the financial sector. Here, crooks are in abundance. How else do you explain the web of fraudulent real estate deals, fake titles and grabbing of public lands for construction? The civil service – I wonder whether the term “civil” should be severed from the “service” – is awash with corrupt maggots. That’s why Jubilee’s Uhuru Kenyatta has his work cut out for him in his current anti-corruption crusade. Most culprits see it more like a putsch. But if Mr Kenyatta succeeds in killing the lords of corruption and impunity – and establishing a system of meritocracy – he may move Kenya from the Banana Republic column.  Can he destroy the oligarchs and plutocrats? I say yes – but he can’t blink.

Third, there’s the not too small matter of local oligarchs and elites being servile to international corrupt interests. In the past, American and European multinationals, states, banks, and other commercial interests openly bribed our elites. Often, public officials would sign contracts they didn’t “understand” or didn’t read. Who bothers to read a contract giving away national treasures when their pockets have been filled with loot? More recently, Chinese interests – both public and private – have replaced Europeans and Americans in the orgy of bribery. That’s why Chinese interests are even taking over small kiosks in nondescript towns. The state is choking under Chinese debt. Our precious energy resources are going to Beijing. The new cowboys don’t speak English.

Finally, let’s admit that Kenyans – elites and wananchi, oligarchs and mama mboga – are our own worst enemies. We behave as though looting is in our blood. We admire the looters. We beg from the looters. We implore the looters to loot even more. Otherwise, how can we explain the use of the tribal card every time a looter is fingered for looting? That’s how a country of bananas behaves – like a Banana Republic. Let’s cut the umbilical cords that connect us to the Banana Republic.

Place of morality in the fight against corruption