Shujaa captain Nelson Oyoo is confident of Kenya doing well as they renew their rivalry with Uganda at the 2022 Commonwealth Games.

Shujaa who are in group D alongside Jamaica, Australia and Uganda will kick off their pool matches against rivals Cranes from 12.50 pm East African Time at the Coventry Stadium.Shujaa will be eyeing revenge against Uganda Cranes who dethroned them as the African Seven champions.

The Damian McGrath-coached side will then face Jamaica at 8:58pm before they wind up their pool matches tomorrow with a clash against Australia at 12:50pm.

Speaking on Thursday their regular daily training sessions, Oyoo said they are confident of doing better at the games after working out their past challenges and incorporating new system of play.

The 2016 Singapore Sevens champion said the team is ready to sacrifice all their energy and secure Kenya a medal.“We are okay so far after our arrival and all I can say is our systems are working good and the boys are spirited and looking forward to the opening match.”“The pressure has always been within us and getting our systems right is going to release a lot of pressure. We have gone back to our old style of playing where we are using our speed and physicality,” said Oyoo.

Kenya is yet to win a medal in the Commonwealth Games with their best place finish being seventh which was registered in successive editions back in 2010 and 2014.Oyoo who wrote his name in Kenya Rugby folklore back in 2016 by scoring the match winning try that sealed Shujaa’s first and only victory at the Singapore Sevens said their main objective is to finish in the medal bracket. 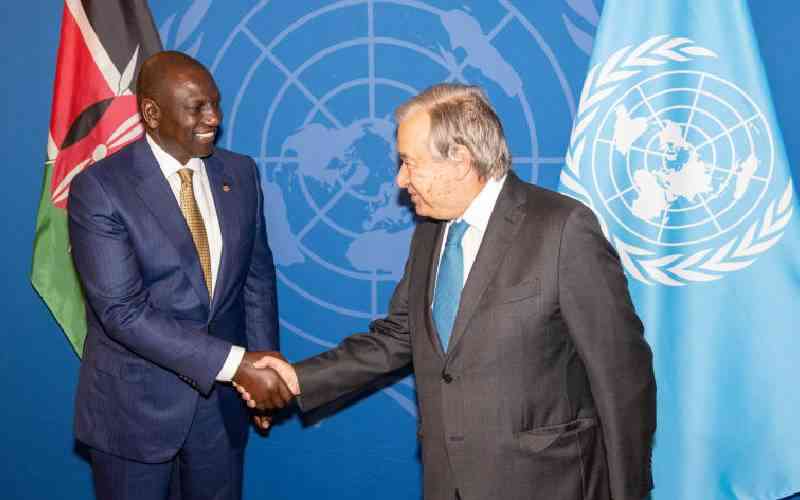 African leaders urged to show up for CO27 in Egypt
Health & Science
By Gathenya Njaramba
11h ago
Nurses at Jumia Friends Hospital hold demos over pay
Health & Science
By Brian Kisanji
12h ago
Premium
Critics say GMOs not fit for human consumption, but others disagree
Nutrition & Wellness
By Dominic Omondi
18h ago
I like attention to detail, the pursuit of perfection
Health & Science
By Rose Mukonyo
Oct. 3, 2022
Premium
Why heavy drinking exposes you to rare 'alcoholic ketoacidosis'
Health & Science
By Wankio Nyainda
Oct. 2, 2022
.

By Washington Onyango Sep. 11, 2022
Why Shujaa put up another poor show at the global stage