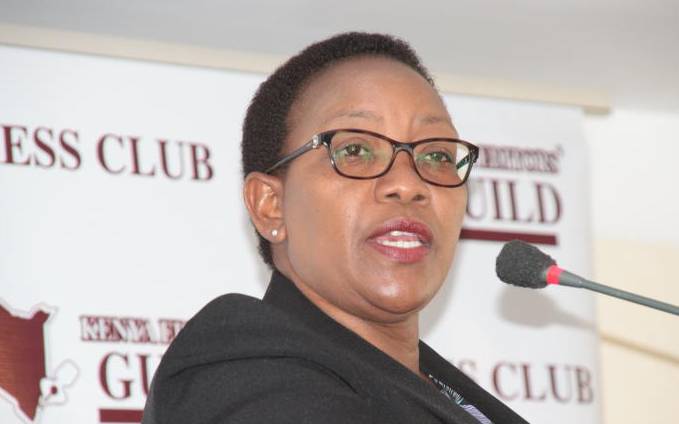 At least 280,000 school-going girls have received the lifesaving cancer vaccine since its launch almost a month ago.

Details of the progress were presented by Ministry of Health Cabinet Secretary Sicily Kariuki (pictured) at the sidelines of the population conference that ended yesterday.

Ms Kariuki had met officials from the Global Alliance for Vaccines and Immunisation.

HPV, which is sexually-transmitted, has been found to be the major cause of cervical cancer.

The delay in the roll-out in the rest of the counties among them Garissa, Mandera and Turkana has been occasioned by the recent floods, and the school calendar.

The CS, however, gave an assurance that the exercise will kick off as public sensitisation is ongoing.

The HPV vaccine was launched three weeks ago and it targets 800,000 school girls aged 10, at a cost of Sh800 million in its first phase. The government procured 1.3 million doses for this first phase.

The girls are expected to have two doses, six months apart. The vaccine is offered free of charge across all the 9,000 public, private, faith-based and NGO facilities.