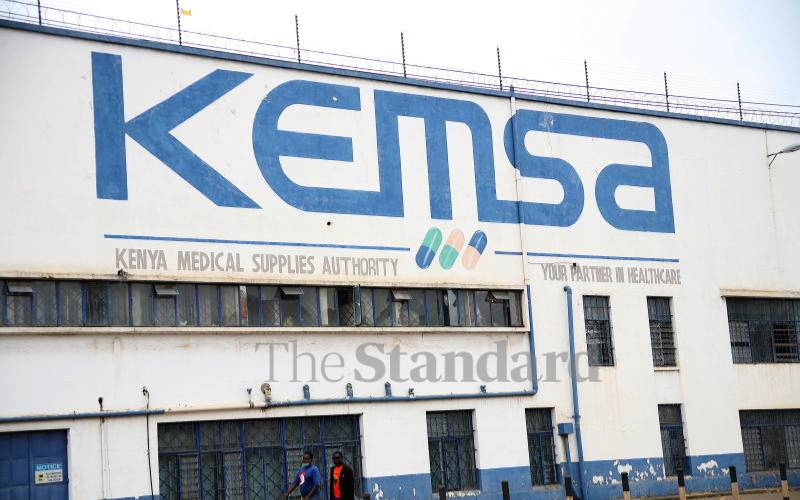 The Senate has defended the 900 employees of Kemsa stating that they were not accused of graft and sending them home is a cover-up to protect some powerful individuals from investigations over graft at the agency.

The senators led by Ole Kina Ledama (Narok) and Mutula Kilonzo Jr (Makueni), want health CS to be summoned to the Senate, to answer the issue.

“The committee should be able to explain the legal basis of the impending mass sacking at the troubled organization. Committee should inform the Senate of the criteria used to identify officers who are to be played off in the restructuring process,” said Ledama adding that the newly appointed Kemsa board plans to fire the employees in pretence of asking them to work from home.

Kilonzo, on his part, argued that the goings on at Kemsa “is a cover up for people who speak the same language connected to certain people, it is unfortunate.”

Kilonzo added that NYS is supposed to “dig trenches and clean our town but procuring drugs is going to affect our counties” as Kemsa is the only source of procurement of drugs by counties being a monopoly”.

Further, amid graft accusation, the senate demanded progress made by Kemsa in implementing the resolutions by parliament following the probe conducted on their entity, by the Senate and the National Assembly last year.

The Narok senator also demanded an explanation by the committee on whether the state cooperation advisory committee SCSC as required by states cooperation Act section 27, on whether it made any recommendations to the president in regards to the re-organisation in regards to removal, or transfer of officers and staff of Kemsa, and if the board acted on its advice.

Most low and middle-income countries have been depending on supply of syringes from India and China, before the global pandemic which increased demand

By JACINTA MUTURA | 3d ago