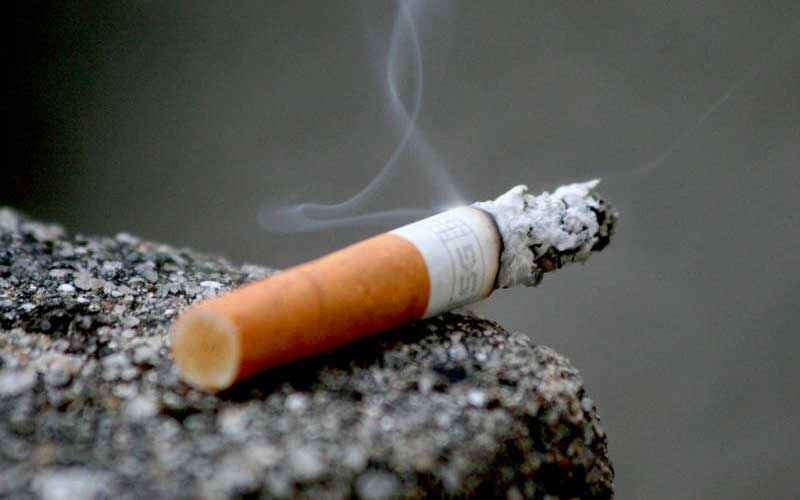 Smokers may find cigarettes easier to resist when they smell things they enjoy like peppermint or chocolate, a small study suggests. Most adult smokers say they want to quit, and many try. But about half of smokers who attempt to stop smoking relapse within two weeks, researchers note in the Journal of Abnormal Psychology. “There are many approaches that people use for smoking cessation, including nicotine products (e.g., nicotine gum, nicotine patch), medication, and behavioral approaches such as cognitive behavioral therapy and meditation,” said lead study author Michael Sayette, a psychology researcher at the University of Pittsburgh. “But quitting smoking remains an awfully difficult challenge and novel approaches, either alone or in conjunction with existing interventions, are sorely needed,” Sayette said by email. The current study tested one novel option - using smokers’ cravings for certain appealing smells - in 232 smokers who weren’t trying to quit or using any other tobacco-replacement products like nicotine gum or e-cigarettes. Researchers asked participants not to smoke for eight hours prior to the experiment and required them to bring a pack of their preferred cigarettes and a lighter with them to the lab. Upon arrival, the people first smelled and rated a number of different odors generally considered to be pleasant like chocolate, apple, peppermint and vanilla, or unpleasant, like a mushroom-derived chemical. Participants also smelled one odor from tobacco leaves, and an odorless product that served as “blank” or neutral scent for comparison. Then, researchers asked participants to light a cigarette and hold it in their hands, but not smoke it. After 10 seconds, the participants verbally rated their urge to smoke on a scale of 1 to 100 before extinguishing the cigarette and putting it in an ashtray. The participants then opened a container that held either the scent they had rated most pleasurable, the scent of tobacco or no scent and sniffed it once, then again rated their urge to smoke. They continued to sniff the container they were given as much as they wanted for the next five minutes, rating their urge to smoke every 60 seconds. The average craving score just after lighting the cigarette was 82.13. Then, regardless of what odor they smelled, all participants experienced a decreased urge to smoke after sniffing the container, but the average craving scores for those who smelled pleasant odors dropped significantly more. With a pleasant odor, craving scores dropped by an average 19.3 points, with a tobacco odor they dropped 11.7 points and with the blank, by 11.2 points. “Although five minutes may not seem like a long time, it may be sufficient to offer smokers a critical window to rethink what they are doing and perhaps leave a situation where the risk of relapse is high,” Sayette said. “While it is premature to note definitively how olfactory cues affect patients, as our participants were not trying to quit smoking, we do think the results are intriguing and support the need to further investigate why and for whom olfactory cues might be effective,” Sayette added. “To what extent do I think this approach might be an effective option for helping people smoke fewer cigarettes in the real world - it is certainly worthy of further study,” Dr. Judith Prochaska, a researcher at Stanford University in California who wasn’t involved in the study, said by email. “Unknown is whether the effects can be replicated outside of the lab setting (out in the real world) and whether the scents can sustain their effects over time,” Prochaska added. Repeated exposure to the same pleasant smells might eventually diminish any effect on cigarette cravings, said Timothy Baker, a researcher at the University of Wisconsin School of Medicine and Public Health in Madison who wasn’t involved in the study. “It might be worth a try for smokers who are trying (to quit) to try to sniff a strong pleasant odor when they have an urge and see if it works for them,” Baker said by email. “However, they should not use this strategy instead of using treatments that we know work.”