Do you wear bras every day? Watch out for breast cancer, study warns 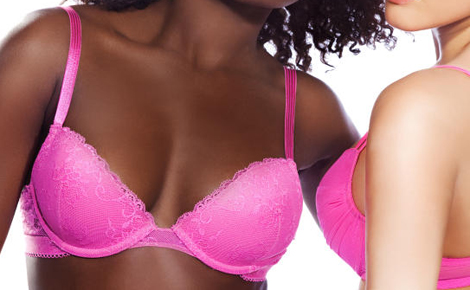 NAIROBI: Wearing of brassieres, fondly known as bras, has been linked to breast cancer by a team of senior cancer experts at the University of Nairobi, Aga Khan University and Kenyatta National Hospital.

The team led by Prof Nicholas Othieno-Abinya claims that women who wear a bra all the time even while in bed, are at a higher risk of developing breast cancer compared to those who do not.

The team has studied 684 women attending clinics at Kenyatta National Hospital and Nairobi Hospital, according to their study published last Thursday in the African Journal of Cancer.

About half of the women, 355, attending the same hospitals due to other diseases besides cancer, were included for comparative reasons as a control group.

The team found out that the intensity of brassiere use, occupation, area of residence, diet, duration of use of hormonal contraceptives and family history of breast cancer had associations with breast cancer occurrence.

A quarter of the women were found not to wear bras or only did so on important occasions. On the other hand, about 10 per cent of the patients with cancer wore brassieres all the time, even while in bed.

"Patterns of brassiere wearing were significantly correlated with cancer occurrence," Prof Abinya told The Standard Wednesday. The study however did not find any link between marital status or level of education to cancer.

"I know this will raise some heat within cancer circles but this is a competent epidemiological study which has yielded indisputable scientific data," Abinya said.

He said the team is planning a biological investigation to collect more data on the link between the bra and breast cancer.

Abinya is an associate professor in Medicine, Haematology and Oncology, Faculty of Medicine, College of Health Sciences at the University of Nairobi and has published more than 40 papers on cancer and six text books on the same.

These new findings are bound to raise debate among oncologists some of whom have argued that there is no scientific evidence linking the bra to breast cancer.

Recently, Dr Joachim Osur of the African Medical and Research Foundation and an expert in reproductive health argued that bras may make one uncomfortable, pinch the skin and leave marks. "But no, bras do not cause breast cancer."

"The truth is that bras do not cause breast cancer. In fact studies have been done and evidence shows that bras are safe. The one unavoidable risk factor in breast cancer is age," he argued recently in a local newspaper.

A study of 1,500 post-menopausal women, published in the journal of the American Association of Cancer Research in September compared the bra-wearing habits of women with cancer with another cancer-free group and found no link.

Researchers found no aspect of the brassiere — including cup size, hours worn per day, age at which one started wearing a bra, or whether it had an underwire — was associated with increased risks for breast cancer.

The first loud claims that bras are linked to breast cancer were given credence in the 1995 book 'Dressed To Kill: The Link between Breast Cancer and Bras.'

Abinya's could be the first study in the region to link breast cancer to bras. He first made his findings public last year at a presentation at the University of Nairobi's Medical School at Kenyatta hospital.

His presentation then aptly titled 'Dressed to Kill' had generated a lot of excitement among the university community.

The new study joins five others globally, which have linked the bra to breast cancer, giving rise to the popular www.brafree.org website which calls on women to stop wearing bras because of possible health risks.

"We are not anti-bra. We are pro-breast. We believe there are no known health benefits from wearing bras - but there are disturbing parallels between bras and incidents of fibrocystic disease and breast cancer," says a posting by Dr Elizabeth R. Vaughan an American physician.

Dr Vaughan cites five research studies, which she says have indicated a link between breast cancer and the wearing of bras. She says some lingerie manufacturers have developed new bra designs targeted at preventing breast cancer and cite the bra-cancer theory in their patents.

"We believe healthy breasts can support themselves, free of wires and hardware," says Dr Vaughan.