Atletico Madrid knocked Manchester United out of the Champions League and moved into the quarter-finals after a 41st minute header from Brazilian Renan Lodi gave them a 1-0 (2-1 aggregate) win at Old Trafford on Tuesday.

It was a typical display of the kind of gritty defending and swift counter-attacking for which Diego Simeone's Atletico side have been known while United, for all their pressure, were unable to create enough quality opportunities to get themselves the goal they needed.

United are left to focus on a Premier League campaign where they face a real battle to make the top four and earn a place in next year's Champions League.

The night began brightly for United with Anthony Elanga forcing a fine reflex save out of Jan Oblak with a near post flick from a Bruno Fernandes cross.

Joao Felix then had the ball in the net, tapping in a cross from Marco Llorente but the effort was ruled out for offside.

There was no reprieve though for United, though, when after a trademark Atletico counter-attack, a clever flick from Joao Felix found Antoine Griezmann whose cross was nodded in at the back post by Lodi.

United argued that the move had followed a foul on Elanga deep in Atletico's half but referee Slavko Vincic waved away their protests.

United poured forward after the break in search of an equaliser but there was little design or craft to their attacks and the nearest they came to an equaliser was a fine header from Raphael Varane that had Oblak at full stretch.

It was scrappy and at times cynical from Atletico in the latter stages but their disciplined defence held firm for the victory that sends them into the last eight. 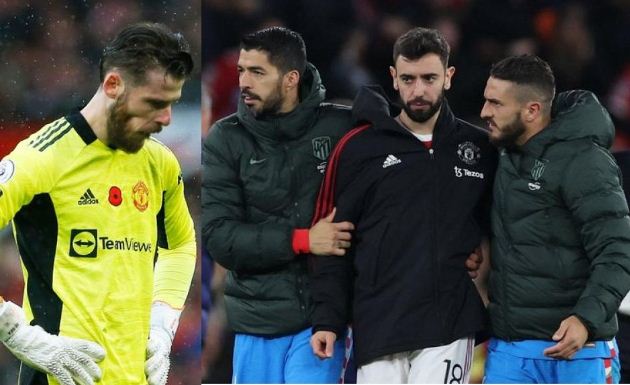 Premium How to find and master work-life balance as an entrepreneur
Enterprise
By Pauline Muindi
27 minutes ago
Gachagua Vs Karua: Why Deputy Presidential debate will be a captivating duel
Political profiles
By Macharia Gaitho
2 hours ago
Manchester United sign Dutch left back Malacia from Feyenoord
Football
By Reuters
3 hours ago
Premium Development agenda: A model manifesto for political parties
National
By Kenneth Mwige, Florence Syevuo and Frankline Mukwanja
4 hours ago
.