Why do women move on faster than men after a break up? 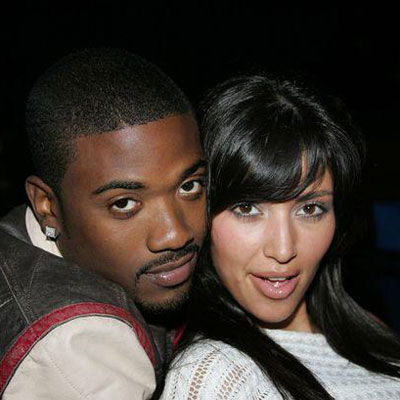 A friend recently broke up with his girlfriend. Three months later, she was pregnant, and two of those months she was away in Austria or any of those obscure but developed Scandinavian countries. And on getting back, she instigated a break-up that left my friend confounded. It is upon learning that she is pregnant that the chips fell into place.

I see more and more of my male friends being dumped every day by their women citing flimsy grounds such as lack of ambition of commitment. Yet, three weeks later, we meet the same women gyrating on the laps of men in Nairobi's upper-class but sleazy establishments. And nothing crushes a man than discovering a woman who, up to a month ago, had saved him as 'Swts' in her phone is now with someone else whom she probably calls 'Swts'. And the world did not stop.

Contrary to what the charming and volatile Beryl Wanga Itindi (you have definitely read her on page 10, where she is constantly quarreling with my man Tony M) wrote last week, women actually move on faster than men, especially in Kenyan towns. I daresay that some of the Kenyan women I know are heartless.

I learnt that as early as my second year in campus. A woman summoned me up to one of the lecture halls, and broke up with me. She had sobbed and made herself guilty for the break up. And I accepted her courage to tell me that it was not going to work. Later on in the day, while roaming through campus, I bumped into her with her new catch, having a Jeff Koinange moment (read seated on a bench) in a position that can be deemed as intimate. And I came off as a stalker, yet I can swear on my dead mother's grave it was a coincidence.

Since then, I have parted ways with a couple other women and the ease with which they replaced their profile pictures and changed their relationship status on Facebook made me red on the face. If it was meant to hurt me, it offended me more than it hurt. You know those provocative posts like, 'so in love with my bae', or those retarded selfies. They can be annoying. And I hate that some men can be blinded in their lust as not to notice that some women are using them to get back to their exes.

So, I know about breakups and moving on. When a woman moves so fast to change her profile pictures and relationship status, she is either on a rebound mission or really she had someone on the standby while you were dating. It is vulgar if she gets pregnant within six months of breaking up with her. As in to be crude, how fast did she move from meeting a suitable replacement, dating, sleeping with him to the point of unprotected sex as to get pregnant?

These kind of thoughts never escape you. And you really feel scandalised. The problem with men is that when we love, we are normally loyal and faithful. So when she leaves and moves on very fast, as they do across Kenyan towns often, it has a way of making us suicidal and making us eternally distrustful of the fairer sex. Women who do such are the real terrorists.

Man republic: Itinerary for the men’s conference
My Man - By Dickson Aseri

Men only: If you have a missus, but you trust your mistress
My Man - By Tony Mochama

Men only: Dining with a diplomat on a Sato night
My Man - By Tony Mochama

Man republic: How did men start going to baby showers?
My Man - By Dickson Aseri

Men only: What I learned from a doc about cervical cancer
My Man - By Tony Mochama

Bad bachelor: Six degrees of separation from the sea, Fridah and me
My Man - By Art Amacho