Can tampons break or interfere with virginity? Here is all you need to know about tampons 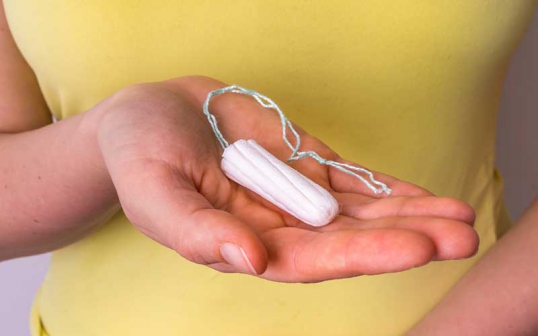 Every month, women shed blood. This – referred to as menstruation in common language – happens every month and at designated times.

But it is all normal: all part of a deity’s grand plan to show the human race that to be a female is to be sacred. If you have already clocked the relevant years then you know that this monthly flow of blood is more than just a ritual – it must happen.

If you consult Dr Jacqueline Kitulu, a family physician, she will recommend check-ups if nothing has happened in the last few months.

Here is the thing. The monthly flow of blood brings with it a certain assurance that all is well. Every woman faces the decision of finding a sanitary method of managing her period in a way that still allows her to go through with her daily activities.

One of the options is the tampon. With its characteristic capsule outlook and method of use (insertion into the vagina), the tampon is intimidating to most women. The tampon was first patented in 1933 though history shows evidence of use as early as the 15th Century BC. Ever since its entrance into the world, the tampon has stirred curiosity and provoked genuine concern in equal measure.

But what’s the truth about the tampon? Can it cause harm to a woman in any way? Is it a perfectly healthy method of sanitary protection? We posed some frequently asked questions to professionals. Here’s what they had to say:

The quick answer is no. Tampons are small enough to be accommodated perfectly within the vagina and big enough to carry out the function they are meant for. “That should be the least of worries for women,” Dr Kitulu, says. “Tampons may feel uncomfortable but they don’t break hymens.”

If you are not relaxed when inserting a tampon, you may feel pain. “Anxiety or fright will result to the vaginal muscles tightening. This therefore would mean more friction as the tampon is inserted, hence resulting in pain,” observes Dr Esther Wanjohi who works at Nairobi Hospital in Nairobi.

However, on average, Dr Wanjohi adds, pain is extremely rare when using tampons. “If pain is a frequent occurrence every time one is using tampons then it is probably good to see a doctor who can ascertain the origin of the pain,” she says.

However, it wouldn’t be a bad idea to use both at the same time. Doctors cite special situations that would warrant the use of a tampon and sanitary pad at once. “If a lady is traveling to a distant place she could use both since she won’t be able to stop and change,” Dr Wanjohi points out.

Also, if one has heavy bleeding then they could use both, “if they want to stay longer before changing,” says Dr Kitulu.

According to Kitulu there is as much chance that the proverbial camel will make it through a pin hole as a tampon moving past the cervix into the uterus.

“Sometimes women forget tampons inside and insert another one before removing the used one. Even in such a situation the tampon will just find space within the vaginal cavity: it won’t go into the uterus,” she says.

A good number of women believe that tampons keep menstrual blood ‘in’ when it should flow ‘out’. They fear that this retention of blood is harmful and could cause infections.

These fears are unfounded says Dr Kitulu. “It is not true that tampons keep menstrual blood inside the vagina. Tampons are made of cotton and natural fibres and hence absorb blood. The blood still flows out [and into the tampon].”

What is the risk of staying longer with a tampon?

“The vagina is not sterile and therefore harbours bacteria,” says Kitulu. “Therefore the more used tampons stay inside the more the bacteria replicate. This can lead to an infection.”

If a tampon left for days then one could suffer toxic shock syndrome. Bacteria, says Lucy, will also cause a foul smell and therefore discomfort for the user and those around her.

Can tampons be used for post-partum bleeding?

Tampons can be used by any woman. There is no special category of women who are exclusively fit the bill for tampons. They are manufactured in different sizes to be used by the diverse range of females.

According to Esther, the size of a tampon is dependent on a woman’s flow as well as what her birth canal can accommodate.

There is danger using copper-T, otherwise known as coil, together with tampons. Dr Kitulu explains: “Copper-T has a string which remains suspended in the vagina. The string will therefore share the same space as the tampon. If the tampon is left for long, and an infection occurs, the infection could travel up the string into the uterus.”

Therefore using Copper-T and tampons at the same time could cause infection in the womb – a part of the body which is otherwise naturally sterile.