My friend's 'sponsor' landed me in jail 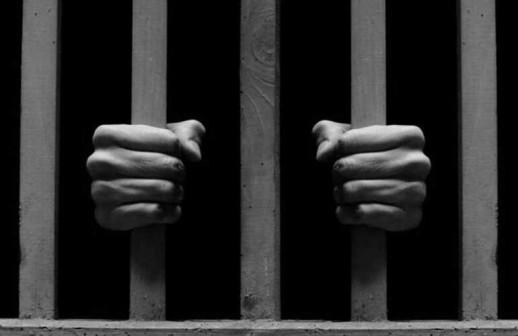 I woke up with a start one night. Someone was banging on my apartment door. It was 2am and thought perhaps it was the caretaker.

“It’s Abby your friend please open the door for me,” replied a voice when I inquired. I was shocked and wondered what she wanted from me at that time. She had ended our friendship since childhood after I decided not to change my lifestyle to be like hers.

I opened the door and she quickly came inside and hid behind the door. She had covered herself with a lesos and she was panting.

“Steve wants to kill me so he has sent some men and they are after me,” she whispered. “What and why?” I asked her. She told me she had discovered that Steve was cheating on her with his fellow business partner so she warned him that she was going to expose him to the police for selling drugs if he won’t stop.

I was shocked to hear Steve was a drug baron. All I knew was that he was a business man as she once told me. She had met Steve at one of those posh joints in town as her thrust for dating rich men who drive made her change her hangout joints. “If you want to attract a rich man hang out in expensive places," she had said.

Steve had rented for Abby an apartment in a posh estate and bought for her all household items and all what she wanted was given to her. Their relationship was lovely and what everyone wished to have. Steve would drop her at work in the morning and pick her up in the evening. Abby became so arrogant that she always complained of how much she can’t stand my neighbourhood as it was too noisy and dumpy which is not good for her health, forgetting that we lived in the same bedsitter before she met Steve.

“Please hide me, I don’t want to die,” she cried out. Just then, we had a loud bang on the door. I was short of breath, I couldn’t move as I felt my legs were too heavy. Abby had hidden under my bed.

“We are police officers open the door or we break it and arrest you for being her accomplice!” I couldn’t even open my mouth so I just stood there still. They eventually broke the door and came in. They arrested Abby and I. We were taken to the police station. Still in shock I wasn’t able to talk so we were taken into cells. That night was the longest one I ever had. I just stood still as Abby cried and tried telling me how sorry she was for dragging me into her mess.

The next morning, we were arraigned in court with Steve and when the prosecutor was reading out our charges is when I regained my memory. Selling drugs is what I was accused of; that was a mistake. When were given time to explain ourselves, I was able to tell the court what exactly happened that night. Lack of evidence to show that I was their accomplice set me free.

Abby tried to explain that Steve had warned her that if she tried to expose him, he will send her to her grave and what made her to run away that night when the police came to arrest Steve is because she got scared. Her pleas were not heard as strong evidence presented showed she kept a list of customers.

I went home thanking God for my release, asking myself how it would had been if I had accepted all the blind dates Abby had set up for me with her boyfriend's friends. I swore never to use shortcuts in my life.

Ways you are shaving your legs wrong, how to do it right
Lady Speak - By Esther Muchene

My word: Your story is unique
Lady Speak - By Christine Koech

Are you a toxic coworker?
Lady Speak - By Lolita Bunde