Readers Lounge By Simon and Boke

I am in love with a guy I grew up with. We remained just friends at first but eventually got into a relationship. I can’t say I am perfect but have been blind to my boyfriend’s mistakes. One thing, he’s got a lot of pride, and keeps bragging to me about going abroad and he often ignores me. When I go quiet, he becomes insecure and claims I am with another man. Despite all this, he says he loves me.

You are dealing with a man who has no time for you. He basically keeps you for his own benefit and that’s why he makes you feel so small -- so that you don’t have any confidence left to leave him. He has made another woman pregnant yet he claims to love you. This confirms that he has little respect for you. If you have time to waste, then you have him to waste it for you. Gather yourself and get moving, you will find someone genuinely in love and with a lot of self-respect.{Tasma Saka}

Sheila, that man is not to be trusted. If you know of the woman he has impregnated what of the other women he meets secretly or during his trips abroad? To me, your man is sexually hyper or there is a stage he skipped during his adolescence. To be on the safe side, you two need to go for HIV tests before reuniting. You also you need to legalise your marriage if you decide to get back together. You will also both need counselling to live well in harmony. However, through all this, you will need to take caution especially for your well-being with his careless behaviour. {Onyango Outha}

Life is a matter of choices and people have different personalities. His, is a learnt behaviour that may not end soon. Maturity comes with age, age comes with responsibility. When responsibilities catch up with him his pride will reduce and consequently stop. Through this, the fact remains that the other female with his child is ahead of you in his heart. She is now his baby mama and the only way to happiness is accepting that he has a child elsewhere. You may need to ask yourself if this relationship is geared towards marriage or it is just one of the many used to pass time. If it has no well-defined possible outcomes, you ought to be thinking outside the box. {Ouma Ragumo – Sifuyo} 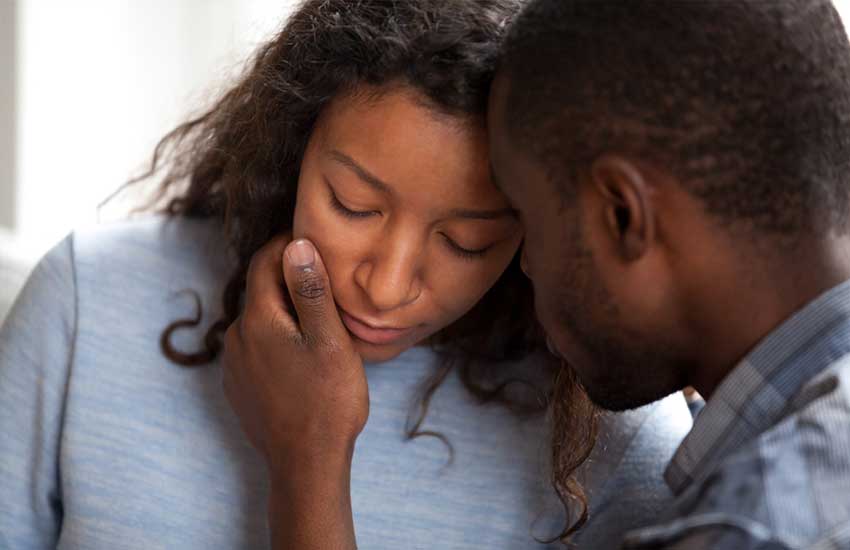 ALSO READ: Confessions: My teenage sweetheart is being abused by his wife and I love him so much

Sheila, starting from a platonic friendship and transiting into a romantic relationship has its good and bad side.

The good is that, in a platonic friendship, you keep it real and you have no pressure to get out of your way to impress, therefore you are projecting your true selves. This level of comfort is not always experienced in relationships that start the romantic way. There is no fear that one day one of you will change or show their true colours because what you see is what you get.

The bad side of this is that the individuals are likely to be so familiar with each other to the point of taking each other for granted, therefore making no effort to improve on oneself.

Your boyfriend is at that point with you. He has gotten to a level of being contemptuous. The things he is doing and his behaviour towards you is an indication of how much he has commonised you. For some reason he believes that you will always be there, you so understand him and will take his nonsense.

No individual is perfect, that is why you need to be decisive on this matter. Judge for yourself if you can put up with all his behaviour. But to the extent of infidelity, I would strongly discourage you from going on with this relationship. Saying you are fixing things is a lie because this man, unless something dramatic happens is likely not to change.

This relationship could be a comfort zone for you but you deserve better, do not allow anyone to devalue you. Being together for long time does not make you indebted to him or to the relationship.

ALSO READ: Confessions: My husband was getting engaged to another woman so I took the ultimate revenge

Sheila, I am not sure exactly what he means by wanting to work things out with you after treating you like it doesn’t matter all this time. What does he want to work out? How will he deal with the upcoming baby? What relationship does he have with the other woman? Also, can he explain what exactly he feels about you? How would he explain the pride he has carelessly flaunted upon you?

I think I know what is going on here; if the two of you have known each other since you were young then he is just harboring contempt for you and he may never take you seriously. You see, to him you are more like a sister rather than a girlfriend and that is why he may not care very much for how he treats you. This is why he takes every opportunity to tick you off then comes crying when you ignore him and throws accusations about you having another man. This guy has no feelings for you and all he wants is to have his cake and eat it at the same time. He has no plans for you but he wants to keep you wrapped around his finger for obvious reasons.

Finally let us look at things from the lens of reality. This man is going to have a baby with another woman but still claiming to want to fix things with you. That woman has seemingly assumed a greater status in his life than you may have with him and in his mind – if he is a sober and responsible young man, he probably knows it is better to deal with one problem than three. If anything, his best option (feelings or no feelings involved) is to now look for ways to deepen his relationship with the other lady.

If he chose to proceed with the relationship he has with you, this will only create a lifelong problem of having to deal with you, his baby mama and his baby which as of now is really not necessary. You also don’t want to deal with such kind of drama every day of your life and more so when you got into it knowingly.