Foods that are linked to cancer 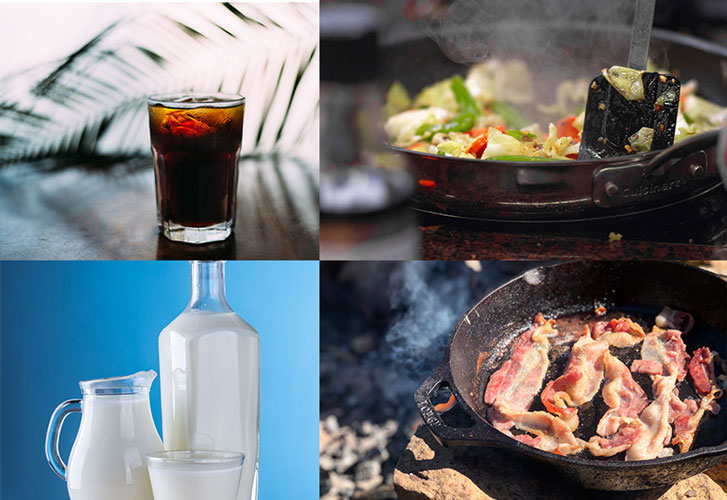 Cancer is among the leading causes of death in the world. Studies suggest that lifestyle changes like following a healthy diet and exercising regularly can prevent about 30 to 50 percent of all cancers. Bad dietary habits have continuously been linked to high risks of getting cancer and vice versa.

Nutrition plays an important role in the treatment and coping with cancer. Observational studies have indicated that high consumption of processed sugars and meat, among others, can increase the chances of one developing cancer.

Maintaining a clean and healthy diet helps the body to build its immune system thus being able to fight off any infections and diseases easily without leaving you exposed to the risk of getting sick.

These are some of the foods that are suggested to cause different types of cancer when consumed in high amounts.

1. Too much sugar and refined carbs

Processed foods that have high amounts of sugar and low in nutrients and fibre are linked to having high cancer risk.

Different studies state that a diet that causes you blood glucose levels to rise is linked with an increased risk of getting different cancers including breast cancer, colorectal cancer, and stomach cancer.

Insulin tends to stimulate cell division which supports the growth and spread of cancer cells and it makes it difficult to eliminate the cells.

High levels of blood glucose also leads to inflammation in the body which in the long term leads to the growth of abnormal cells which contribute to cancer.

Processed meat is meat that has been treated in order to preserve its flavour by undergoing the process of salting, smoking or curing. Ham, bacon and hot dogs are the most popular processed meats.

Different studies have found a link between the consumption of processed meat and increased cancer risk, specifically colorectal cancer.

The studies found that people who eat large amounts of processed meat had 20 to 50 percent increased risk of getting colorectal cancer as opposed to those who do not eat processed meats.

A different study suggested that eating 50 grams of processed meat per day, which adds up to one hot dog and four slices of bacon raises the risk of getting colorectal cancer by about 18 percent.

When certain foods are cooked at high temperatures, such as frying, grilling, sautéing, and barbequing, harmful compounds like heterocyclic amines and advanced glycation end products are produced and excess build-up of these compounds contributes to inflammation and can play a major role in the development of cancer.

Foods like animal products that are high in fat and proteins and processed foods are likely to produce the harmful compounds when they are exposed to high temperatures.

Different studies have stated that high consumption of dairy products can increase the risk of getting prostate cancer.

A study that observed about 4,000 men with prostate cancer in its final findings stated that that high consumption of whole milk had increased the risk of the disease progressing and death.

Different theories suggest that the findings in relation to dairy products being a risk factor in causing cancer are due to high intake levels of calcium, insulin like growth factor 1, and oestrogen hormones from pregnant cows.

Five reasons why you need to take prenatal vitamins

Your Home by Nina Odongo

Windowsill herb garden for your kitchen