Who are the Queen's 'favourites'? Meet the low-key Royal family members monarch likes 'the best'

The Queen has a huge family, and she has some surprising among them.

She's a mum-of-four, to eight and, as her family grows each year, she now boasts a total of eight great-grandchildren.

The Queen, it's safe to say, is not short of family members to spend time with.

As with every family, royal or not, there are going to be relations she gets on with more than others.

So who does the Queen have the closest rapport with?

Interestingly, the answers don't necessarily include the main players - eg the Sussexes and the .

Let's take a look at the royals Her Maj is believed to have the best relationship with.

Perhaps no surprises here - these two always look they're having a hoot with whoever they meet. 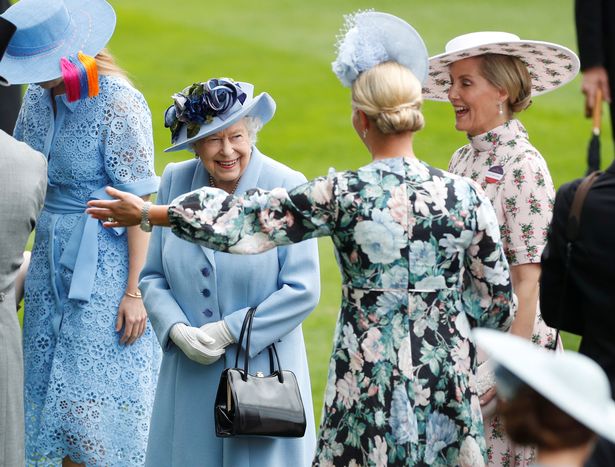 As for their bond with the Queen, Zara is thought to have spent a lot of time with her granny while growing up, and that bond has only got stronger.

According to Ingrid Seward, Editor-in-Chief of Majesty Magazine, the 93-year-old monarch enjoys spending time with Zara because neither are "intellectuals" and she feels she can act more "normal" around her first granddaughter.

"She's at her most relaxed around them," she told The Sun of Her Majesty's feelings about Zara and her husband, ex-rugby player Mike Tindall.

"The Queen gets on well [with Prince William and Kate], but don’t have the same kind of easy-going giggly time with her as Zara and Mike do."

Mike Tindall and the Queen were seen to be having a laugh at Ascot when he revealed he'd stowed away a little chocolate treat for his daughter Mia.

ALSO READ: Meghan Markle did not fall out with Queen - but Harry did clash with stylist in tiara row

Apparently, the Queen found this hilarious and, as Ingrid says: "[She likes] ordinary people like Mike more than she does those that pander to her.

"Mike is a down-to-earth Yorkshireman who makes her laugh and makes Zara very happy."

The Queen has had a few , but it's said to be Prince Edward's wife whom she truly has a soft spot for.

Well, it probably wasn't going to be Fergie, was it?

The Daily Mail quoted a royal aide 2016 who said of Sophie: "She is trusted and relied on by the Queen in a way I couldn't say applied to the Duchess of Cambridge or the Duchess of Cornwall.

"She is like another daughter to Her Majesty, they are that close."

Unpretentious Sophie's charm lies in her marriage to Edward, and her strong work ethic - she undertakes a vast amount of royal engagements and was the first Royal family member to conduct an official visit to Lebanon.

The only hiccough came in the early when she was caught up in a tabloid sting and was recorded bad-mouthing Tony and Cherie Blair, as well as about Royal family members.

Since then, as the "she has scarcely put a foot wrong.

"[The Countess] is probably the best example of an outsider coming into the family and learning on the job," royal biographer Robert Jobson told the paper.

"She's very much the Queen’s , and you’ll notice that whenever there is a family holiday or gathering, Sophie and Edward often stay a while longer than the rest."

Perhaps only the royal watcher will this name, but despite the very low-key nature of the Queen's only niece, she too is said to be one of the family members whom the Queen gravitates towards.

Daughter of the Queen’s late sister, Princess Margaret, Lady Sarah has a special bond with her aunt.

According to the Daily Mail, she is the only guest ever allowed to accompany the monarch to her hideaway, Craigowan Lodge on the Balmoral estate.

A royal aide told the paper: "They are hugely at ease in each other's company. Much giggling can be heard when they are together. They share a sense of loyalty, fun, duty and ."

Down-to-earth Sarah is said to arrive at Buckingham Palace on foot and takes public transport which the famously-thrifty monarch no doubt loves.