How safe is your child on the internet? 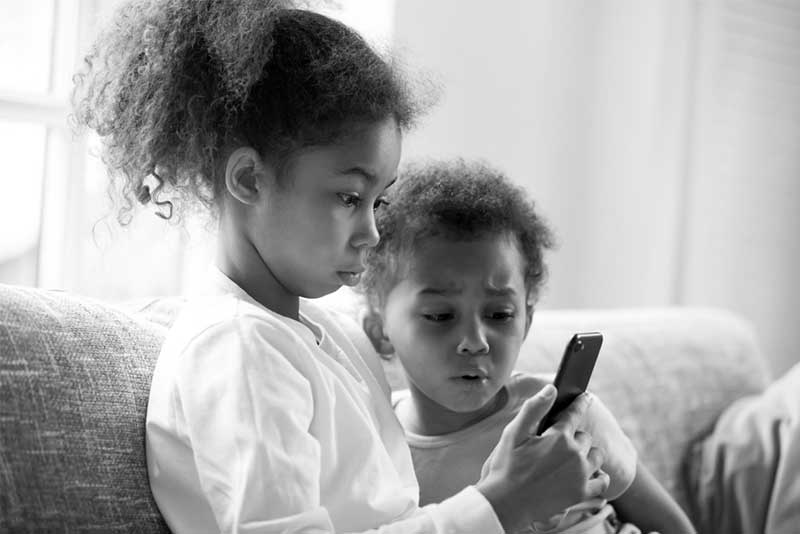 The Internet can be a great tool -- children can learn new things, get access to information needed for homework, find ways to express themselves creatively and connect with friends and family. However, there are also risks. Eve sought experts to help us understand the dangers that lurk in cyberspace and how we can help keep children safe online

A few months ago, parents across the globe were sent into a panic when reports and images of a ‘demonic chicken lady’ swept social media. The reports came with warnings of a “dangerous suicide game” called The Momo Challenge that targets children on social media. Many schools in Kenya even sent warnings to parents about this video.

The reports of the so-called challenge turned out to be a hoax but the panic it had set off shed light on an important issue -- that parents harbour fears about the activities of their children on the internet -- and for good reason.

Evelyn Kasina is the founder of EveMinet Communications. She initially set up her business to target corporate cyber security but based on personal experience, she extended the focus to children. She noticed that her son, aged two at the time, was getting exposed to random pop-up ads on the iPad where she had programmed cartoons for him to watch.

Most recently, Ms Kasina’s son shared disturbing information with her. “He showed me videos of the popular cartoon character Peppa Pig swearing, using drugs and other strange activities. There is a lot on the internet we need to watch out for,” she says.

In January, two Germans and a Turkish national who have been living in Kilifi were arraigned before a Shanzu principal magistrate. The police suspect they have been luring young girls into having sexual escapades and recording videos which they share online.

A police report states one of the suspects met an underage girl on Tinder, lured her to an apartment where they offered her drinks and food. When she tried to leave, they demanded sex for payment and forcibly undressed and took videos and pictures of her.

Dr Free Hess, a mother and paediatrician from Gainesville, Florida, was among those to sound the alarm. She explored YouTube Kids deeper and was shocked to find videos glorifying not only suicide but sexual exploitation and abuse, human trafficking, gun and domestic violence. She shared her findings in a viral post on her blog pedimom.com.

Although all the videos she mentioned were taken down, Hess said she’s found several other cartoons on the app that may not have originally been intended for children, but they blatantly encourage toxic and dangerous relationship dynamics.

The Communications Authority of Kenya (CA) reveals that internet penetration in the country currently stands at 89.4 per cent. The CA further estimates that one in three internet users is a child.

There is no denying the digital revolution nor the benefits of having internet access at home. As a resource, the internet can be great for children. They can use it to research educational material, communicate with family and friends, learn about the world beyond their geographical locations and play interactive games.

But there are real risks that come with online access. Despite most parents’ best efforts, inappropriate content, cyber-bullying and online predators sometimes slip through the cracks. Using websites, games or apps where children are likely to interact; predators may pose as children looking to make a new friend, access personal information and worse, lure them out.

“The biggest challenge for most parents -- myself included with my youngest child -- is getting the children to balance screen time between entertainment and learning. We have to show them how to use technology for good,” Ms Kasina says.

This is slightly different from other regions as, globally, children were more likely to watch video content and listen to music than spend time on social media.

“It is important to teach and educate children on the realities of being connected and online – they need to know the potential dangers they face, and how to act appropriately in the digital world – a world that has evolved so quickly, often making it difficult for parents to keep up. This is where Parental Controls like Safe Kids come in,” Badenhorst adds.

Lillian Kariuki, the Executive Director at Watoto Watch Network asserts that child safety cases on the Internet are a reality we must grapple with.

“At every session we have, there is always a child coming forward with an issue that directly affects them. Cyber-bullying is among the biggest challenge for children online,” Ms Kariuki says.

One of the prerequisite classes EveMinet Communications has for parents is titled Unplugged. The aim is to help parents both decongest from technology and move into their kid’s spaces.

“I consider myself ‘a beginner millennial’ because I am part of the generation that played outside. Technology sort of came after us and blew up as we grew. But my children were born into a technological world, so I have to approach the situation based on how both generations view technology,” Ms Kasina asserts.

She designed a 10-week programme for children aged between 7 and 17, broken down into two groups.

They also have mentors, especially for children who code and participate in robotics.