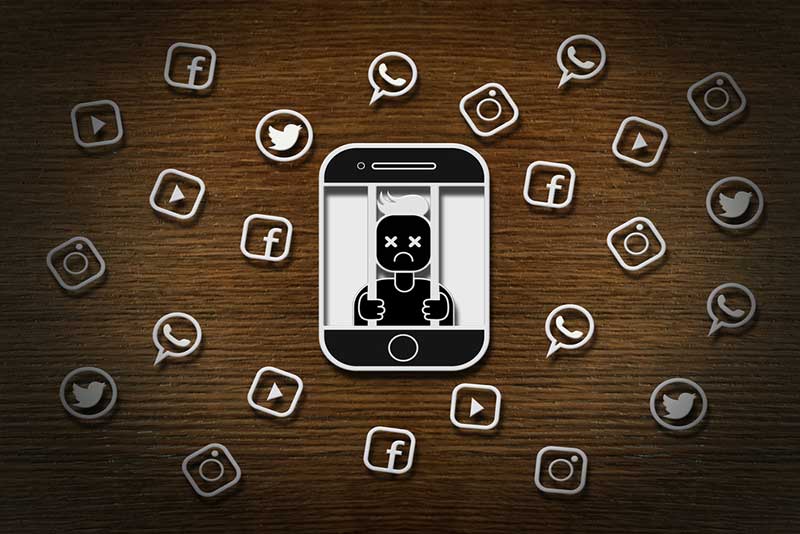 For more than a year, most of Millicent Kithinji’s Facebook friends ignored her posts, many of which were overwhelmingly laden with clear signs of unhappiness, dissatisfaction with life, depression and suicidal thoughts.

But when she finally reached the tipping point and committed suicide on March 21, her friends, and suddenly the country, were finally forced to take note.

Everything was on a downward spiral from April 2017, when Kithinji posted a picture of her daughter held by her father.

In August 2017, she wrote on Facebook, “Some situations make me think that the dead are at peace than the living”. In October the same year, she asked God to remember her.

Again, in November, Kithinji wrote that stress had become a recurrent feature of her life before complaining in December about a woman who gossiped about her and her daughter. Even though her posts were scattered over months, they were indicative of Kithinji’s depression, as well as the underlying problems.

According to her family and friends, Kithinji’s depression was powered by a train of unfortunate circumstances, from joblessness and financial struggles to strife with her child’s father, who she had separated with.

ALSO READ: Dealing with lockdown loneliness - from keeping active to coping without hugs

In one of Kithinji’s posts, written a day before her suicide, the mother of a three-year-old girl expressed frustration over her inability to give her daughter a comfortable life despite her immense love for her.

Finally, on March 21, Kithinji hanged herself in an animal shed in her parents’ home.

According to experts, cases like Kithinji’s show the need to minimise or be more vigilant about social media use, given that it only exerts more pressure on individuals already battling serious problems such as depression.

“People who have low self-esteem, poor impulse control or a tendency toward addiction should pay attention to their social media use. Contrary to many people’s fears, social media does not make someone more socially avoidant or isolated. In fact, it can do the opposite by providing access to people and resources,” notes Pamela Rutledge, a media psychologist.

While in cases like Kithinji’s, people may use social media to cry out for help or attention, there are those that are pushed to feelings of inadequacy as they compare their lives to the glamorous ones of friends splashed on the sites.

Indeed, just last week, after an ugly and highly publicised break-up of a famous Kenyan couple renowned for their glamorous YouTube videos, several young people took to Twitter, confessing how they had been needlessly comparing themselves to the couple’s seemingly perfect life and in the process, developed feelings of inferiority.

One young woman noted: “I loved NatalieTewa’s vlogs but I stopped watching some time last year because the couple looked too perfect and that was giving me pressure”.

Other social media users joined in, stating that they had felt inadequate as they compared their seemingly basic lives to the couple’s lavish and picturesque lifestyle.

“When you live your life on social media, you are bound to get burnt out and lose hope, as everybody is faking to have the best clothes, food, money, outings, friends... Who remembers her faking to have a cute niece, “ commented one Twitter user recently, making reference to the August 2018 scandal involving a television anchor who was publicly disgraced after it emerged that she habitually posted plagiarised pictures to create the impression of a lavish lifestyle.

In the face of the exposure, she deleted more than 800 photos that she had taken from other sources and passed off as hers, depicting glamorous aspects such as travels, exotic destinations and expensive food.

Numerous studies conducted, specifically on teenagers and young adults, indicate that heavy social media users are at a higher risk of falling into depression.

Instagram and Snapchat have been singled out in some of the studies as some of the social media sites that have a heavy toll on the mental health of young adults.

Some studies have gone further to link social media to feelings of unhappiness, restlessness or loneliness, which are symptoms of depression. 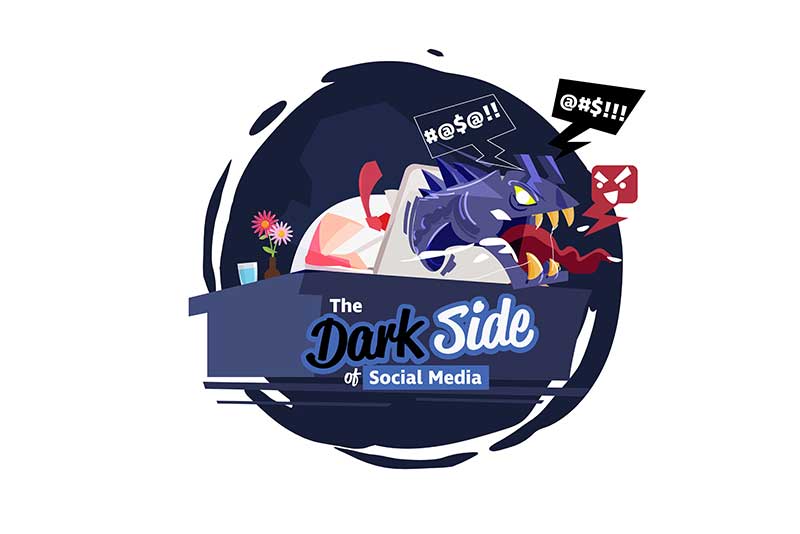 A May 2017 survey of 1,479 people aged between 14 and 24 by the Royal Society for Public Health in the UK found that young people who spent more than two hours a day on social networking sites such as Facebook, Twitter or Instagram were more likely to show symptoms of anxiety and depression.

The apps, the study suggested, exacerbated the user’s feelings of anxiety and inadequacy since everyone else’s life looked more glamorous.

“These feelings can promote a “compare and despair” attitude in young people. Individuals may view heavily photo-shopped, edited or staged photographs and videos and compare them to their seemingly mundane lives,” the study said.

Jean M Twenge, a Professor of Psychology at San Diego State University, opined that the curation of content posted on social media contributed to feeling of inadequacy.

“Everyone else’s life looks more glamorous than yours because you know everything that’s happening in your life but your friends are only posting about the positive things. It is also very easy to see all the things that we are missing out on so we feel left out much more often,” she said in an interview on CNN in November last year.

Experts agree that social media could be toxic even for those with healthy minds, triggering envy, attention-seeking behaviour, status anxiety, the fear of missing out (FOMO) and unhealthy social comparisons.

These unhealthy comparisons range widely, from juxtapositions about physical appearance to comparisons about spouses, family, finances and careers.

Researchers also say that social media propagates the fear of missing out, which is where people view others’ posts and think: “I personally could have been there and I wasn’t”. Over time, the researchers say, these people start feeling excluded by those close to them, such as family and friends, when they see posts of these people together yet they were not informed of the meeting.

Eventually, experts say, these feelings amount to loneliness and depression, which could pave way for suicide.

Faith Nafula, a psychologist based in Nairobi, advises social media users, especially young people, who she says are most susceptible to the pressures of social media, to take what they see on these platforms with a grain of salt.

“Social media has turned into a show-off platform, she says, adding: “Majority of people are living a lie. It is all hype”.

A 2010 study by researchers at the University of Leeds concurs: “Our research indicates that excessive internet use is associated with depression, but what we don’t know is which comes first - are depressed people drawn to the internet or does the internet cause depression?”

Dealing with lockdown loneliness - from keeping active to coping without hugs

The voices in my head have finally been silenced