﻿﻿ Evewoman : Bookies convinced Meghan Markle is due to give birth to a baby girl ​
​ 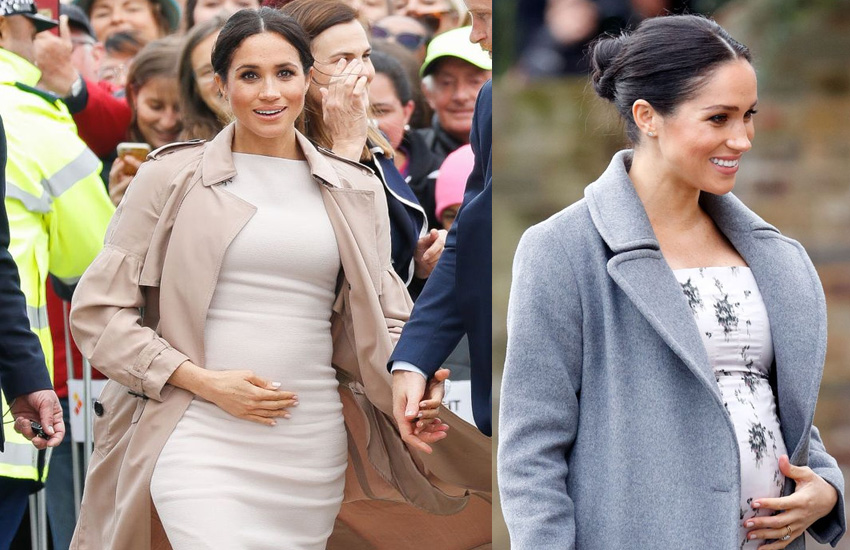 Bookies are so convinced that Meghan Markle is due to give birth to a baby girl that all bets have been suspended.

A flurry of bets has offered the biggest clue yet of the gender of Harry and Meghan's unborn baby - and odds reveal their most likely name choice will be in honour of the late Diana, Princess of Wales.

Royal fans are eagerly awaiting the birth of Meghan and Prince Harry's first child following their wedding in May last year.

The couple announced they were expecting a baby in October, just two days after Princess Eugenie wed Jack Brooksbank.

Now this clue may have revealed Meghan is expecting a baby girl in Spring this year.

Paddy Power, who were first to suspend betting ahead of announcements over the couple’s engagement and pregnancy, have reported an “identical pattern of betting” on this occasion, and are convinced they will welcome a princess, according to the Daily Express.

And it is further reflected in bets for the child’s name with Diana - at 8/1 - the favourite.

A Paddy Power spokesman said: “The flow of bets over the course of today has been almost as heavy as the general goodwill towards the couple – and we’re now convinced they’re having a girl.”

Latest odds on names of a royal baby girl

The clue comes as many believe Meghan could be due to give birth sooner than previously thought following a royal engagement on January 10.

Meghan attended Smart Works, a women's charity which she has just become a patron of.

During her outing, Meghan was wearing a figure-hugging black dress which showed off her belly button - which had gone from an innie to an outie.

Baby 'girl' could be earlier than expected

This could be an indicator that Meghan is in her third trimester, according to The Sun.

"This happens because the pressure inside the abdomen rises as the pregnancy progresses.

"A woman who’s got an 'innie' often finds this becomes an 'outie' sometime after mid-pregnancy, often between 26 and 36 weeks.

"The timing isn’t reliable enough to make any predictions as to when the baby will arrive. Obviously, though, it does suggest the baby is growing.

"The belly button normally goes back to the shape it was before, but, like the rest of the body, it can take time.

"It doesn’t always look quite as neat as before the pregnancy. Think of a sock that’s no longer straight from the shop."

The third trimester is from the 29th week of pregnancy to the 40th week.

According to bookmakers Ladbrokes, it is 5/6 that Meghan gives birth in March, 2/1 in April.

That is followed by 4/1 that the royal addition is born as early as February and 10/1 that Meghan will have her first child as late as May.

Meghan and Haryy wed in a lavish ceremony at St George’s Chapel in May 2018.

Ahead of the birth of their firstborn, the Duke and Duchess of Sussex will be moving into Frogmore House, Windsor which is currently under renovation to be transformed into a family home.