This is the dark side of dating a Mzungu

All those Kenyan women dying to marry a mzungu should know there is nothing like a perfect Odiero man. Those dreams of leading a lavish life could be a mirage, after all. You might consider dating one for the thrill, but it may turn out he’s just a baker from Hungary and not a banker from Houston.

They are also full of drama. In September 2015, 65-year-old Pleschke Heinz-Georg, took to social media to denounce his younger wife Eva Karwitha. “All friends note,” he wrote, “After the unfortunate incidents in recent weeks, caused by the unlawful conduct before my wife Eva Karwitha, I hereby give official separation from her.

From now on, I take no liability for all her financial or other transactions. I wish her all the best for the future. But please, do not come back bitch.” The German guy accused his wife of stealing his car and Sh1 million before going into hiding. However, despite the online drama, a week later, Pleschke asked her to come back home via the same platform, posting that, “Nakupenda Eva Karwitha. She is the one and only forever in my heart and back home again my African Queen.”

They can be petty too. While most Africans will let some things go, white guys do make small things a big deal.  In September last year, Facebook couple Whitney (a Kenyan) and Dominic, were involved in a nasty breakup. The two documented their affair on social media with a daily update of their life. But when their love life hit the rocks, Dominic changed the Facebook page to ‘Signs of Narcissist.’ In a long post, the Odiero wrote: “This page will no longer be about Whitney and Dominic. This page will be used to warn men and women about the signs of a narcissist. They pretend to be great. They lure you in and are masters of manipulation. Often, nobody will understand what’s really going on.

She will probably hate a*s for doing this, but I can’t let it go anymore without consequences. I’ve broken loose from this abuse. The countless empty promises, lies, cheating, blackmailing, sadism, isolation, embezzling of money, insulting of family members, theft of personal belonging and threats. Breaking up with her was the best decision I could have make (sic). Life is beautiful and we need more good people on this earth. This is for all people who have been victims of these individuals. Speak up or never be heard (sic).”

While there are really nice, blessed and honest-to-God mzungu dates, spouses and lovers, here are the other reasons why dating an Odiero could be leading you to a taste of life in the hottest part of hell on earth:

You are likely get a grandpa

Hardly will you find a good-looking mzungu with a good job, educated and of a prime age dating and marrying a good-looking Kenyan woman, who is learned and has a good job. Those playing the field are usually old, graying and preying geezers.  The age gap could be 20 years and above.  Mzungus also don’t prefer dating smart women who can challenge their whitewashed IQs. They go for financially-challenged wannabe models and not a few hookers inching their heels towards Easy Street.

They aren’t as loaded

Contrary to what many Kenyan women think, mzungus are not that rich. What does their dress code of rugged jeans, dirty sport shoes and backpacks tell you? Some of them have saved for a lifetime to just afford the trip to Africa, while others are retired and enjoying their pension away from cold relatives and even colder weather. Rich mzungu billionaires like Italian Flavio Briatore don’t fly to Malindi to date skinny African girls. They bring their own international models. Others nestle in luxury tented camps in the Mara or rent a villa at the coast where money-hungry girls from Eastlands cannot find them. In April this year, Busia widow Zilpah Bett, wanted her Canadian tenant Bryan Erick Fockler, arrested and prosecuted over Sh380, 000 10-month rent arrears. Zilpah further wanted him barred by the Immigration Department from sneaking out before settling the debt. In a statement at the Busia Police Station (OB 29/24/03/2017, she said Fockler has been operating a cybercafé and a restaurant at her Namada Shopping Centre at a monthly rent of Sh38,000. Zilpah further claimed that Fockler had already left for Nairobi, and that the Canadian initially paid the rent on time, but all of a sudden, started giving excuses and asking for more time to look for the money.

They are out satisfy dark jungle fantasies

Africans are regarded as reserved in bedroom matters and some things in the African setting are considered rogue, which is why some mzungus date our girls to satisfy their dark jungle-fever fantasies. And with their money, a lot of African girls are subjected to things money can’t buy in Europe. Some become sex slaves. In 2013, 11 Kenyan women and a foreigner were arrested in Nyali, Mombasa after they were found shooting a porn movie with a canine as supporting cast.  The Swedish national had arrived as a tourist and the women were arrested in an apartment in Nyali. Cameras used in the shoot were also confiscated.  Kisauni DCIO Shadrack Juma said that the apartment operated as a brothel and the police raided it after a tip off.  They were all arraigned in court and charged with engaging in unnatural acts.

Fat chicks have a fat chance with Odieros

Curvy beautiful African girls with big butts, full dashboards and Luhya legs do not stand a chance of landing a mzungu. Mr Smith prefers skinny, tall and dark lasses, almost straight from the ironing board.

They are arrogant and ignorant

Odieros ask annoying questions, like, ‘Is your hair real? Can I touch it?’ They make comments that Africa is a dangerous place and they feel unsafe, but yet enjoy the beaches and the girls. “When I told my family that I was coming to Africa, they were really scared and kept calling me,” they will say. They also think African women suffer from HIV/Aids, but will still have it without the sheath! 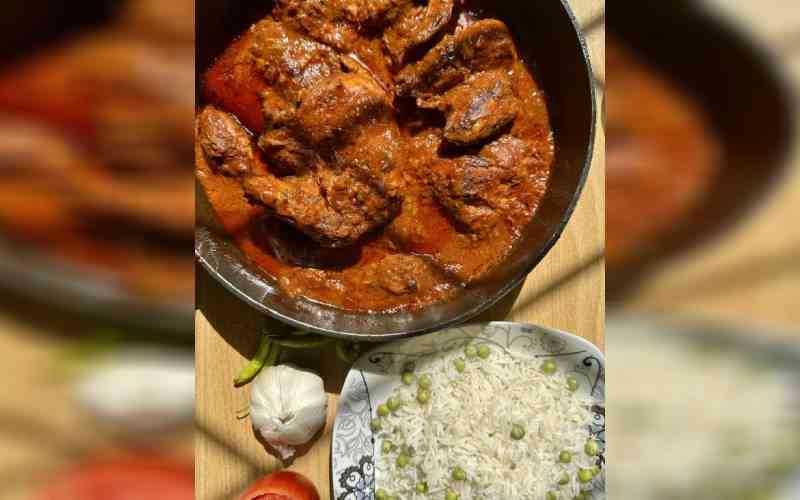 Easy recipe: Chicken rojo with pea rice
Food
By Chef Ali Mandhry
1h ago
Biological clock: Are you too old to get pregnant?
Pregnancy
By Dr Alfred Murage
1h ago
Premium
Dr Hellen Barsosio: Success follows her like a shadow
Achieving Woman
By Rose Mukonyo
22h ago
You can save your money despite holiday expenses
Managing Your Money
By Esther Muchene
23h ago
Sharon Mundia: It's time to evolve and exhale
Living
By Stevens Muendo
Nov. 28, 2022
.