What it is like to date a ‘sponsor’: Confessions of sugar babes 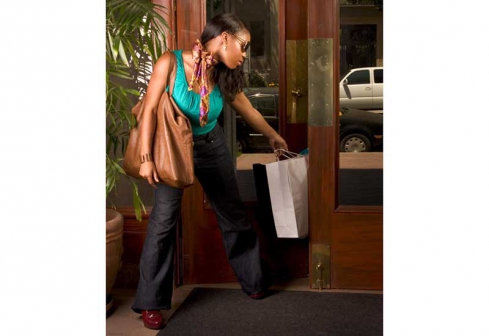 Eve spoke to two women, 26-year-old Wairimu and 25-year-old Yvette, who have had multiple sponsors over the last 5-7 years. Contrary to popular belief, these ladies are intelligent, ambitious and have a clear vision of what they want for their life. So, the question is, why would they opt to be ‘paid’ to have a relationship with a man?

Here is what they had to say.

When did you first get a sponsor?

I was 22 and representing my college at a conference. On the last day of the conference, a young man came to me and said his boss had asked for my number. I told him off but the guy refused to leave, saying that he couldn’t go back empty handed to his boss. I found this funny so I gave him my number.  The ‘boss’ turned out to be one of the guest speakers at the conference.

What was his proposition when he called?

He wanted me to go to South Africa, where he lived but I declined. So he offered to come to Kenya for one week. We stayed at one of the most luxurious hotels in Nairobi.

It was fun. We had good chemistry and great conversation. I thought the sex would be awkward but he was such a gentleman and definitely knew what he was doing. The rest of the week I took him around Nairobi, which he had never really seen since all his previous visits were on a tight business schedule.

You are still involved with your sponsor, 4 years later. Take us through the journey of your relationship.

It’s mostly long distance because he lives in South Africa. We travel a lot, all over the world like to Mauritius, Seychelles, Dubai and Bali.  I’ve also been to Paris, London and many European cities but that’s with a different sponsor who is a pilot. 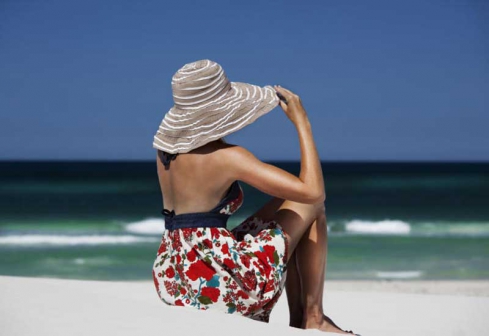 You have more than one sponsor. Do you not find that lifestyle risky?

I suppose it is especially because they don’t know about each other. Once, I got pregnant. The pilot has always said he wants a baby so I told him about the pregnancy. He seemed excited and offered to add both of us onto his medical cover. When it took him over two months to get this done, I panicked. I thought he might vanish and I didn’t want to raise a baby alone. I made the tough decision get an abortion and later told him I had a miscarriage. I never mentioned the pregnancy to the South African.

It all seems very complicated, is it worth it?

I think so. I love both these men, for different reasons. The pilot is 36 and closer to my age, we have a lot in common and the sex is phenomenal. The South African is 41 and he pushes me to do better with my life; he paid my way through university. He sees my potential and believes in me sometimes more than I believe in myself.

What about money? How much do they spend on you?

What is your plan for your life? Will you ever choose between these men?

I need to but I’m stuck. In the end my decision will be based on whether my business and ambitions are more important, or having a family and raising children. I can build a family with the pilot and a business with the South African. But I’m not sure either one of them can give me both.

What happens if you lose them, how would you survive financially?

I’m actually very good with money. Over the years I’ve bought more than 20 plots of land and my current savings are in excess of 2 million shillings. I am also building a business as a nutritionist.

Do you have any regrets for how you’ve chosen to live your life?

No. I think everyone should decide what kind of relationship works for them and just, go for it. I choose not to judge others in the same way I hope they won’t judge me.

How old were you when you got your first sponsor?

19. I am an artiste. A friend of a friend hired me to do paintings for his house in Runda. He ordered about 15 paintings and paid me over Ksh100,000, which at the time was a lot of money.  After I completed the job, we started seeing each other.

Is it just about the money?

I never ask them for money. My mother always taught me never let a man pay my rent or my bills because she said he would lose respect for me. What I get is business connections and help when I am stuck. These are the kind of men who can pick up the phone and change your life.

Give us an example

When I was in college, I was missing my exams because I was short of Ksh5,000 to clear my semester balance. When my sponsor called to check how my exams were going I explained the situation to him. He called the school. Five minutes later I got a message from the Dean to go and sit for my exams. That afternoon, a driver showed up from Nairobi with a cheque of Ksh600,000 which settled my bill for the rest of the year.

Many women who have ‘sponsors’ do it to attain a standard of lifestyle they wouldn’t otherwise afford. Would you say that is true?

Well yes. Which woman doesn’t like to be pampered? The first time I met one of my other sponsors we ended up at his house, that same night. The next morning he asked me to accompany him to a wedding he was attending in Nakuru. I protested because I had nothing to wear. 30 minutes later someone arrived with a complete wardrobe change for me, from shoes, dress, jewellery to a clutch purse. Hair and make-up showed up at the door. Like, seriously? When had he planned all this?

With such gestures, is it difficult to remain emotionally detached?

The important thing is to be clear. I’m 25 right now. Most of these men are over 50. They know I would never settle with them. They get good sex, companionship and someone to travel with. I get business connections, financial help when I am stuck and someone to bounce ideas off. Everyone wins.

What’s the most awkward situation you’ve been in with a sponsor?

I had this sponsor once who was married. Young. This one I actually fell in love with. He was talking about marrying me so he introduced me to his wife, declared everything. I thought she would hate me but we became friends. Later on though, she started making sexual passes at me. That was just weird. I backed off from that entire situation. The sponsor and I are still friends though, every once in a while we hang out, have sex.

Do you ever plan on changing your lifestyle?

I have a steady boyfriend right now, who I love. We are getting married in 2018. Even though I’ve told my sponsors about it but I’m not sure I can just cut them off on the day I say, ‘I do.’ They’ve been in my life far longer than my boyfriend has been.