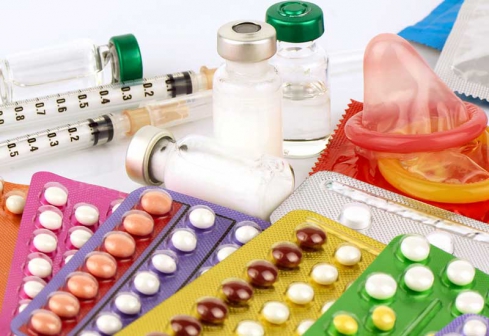 Since inception, contraception has drawn a lot of commentary. A noticeable trend is that women go for (demand) methods, which are already recommended by their peers who have “used the method and found it just right.”
At a women’s health forum held at All Saints Cathedral in Nairobi, in august 2014, a team of reproductive health practitioners – including Dr Elly Odongo who serves as the secretary general of Kenya Obstetrics and Gynaecology Society (Kogs) – made it clear that seldom are the myths true.
“It is, however, necessary to note that for every type of family planning, there is a side effect. That is why before a doctor recommends a certain method of contraception; he has to perform Medical Eligibility Criteria (MEC) to decide on the best type for a particular patient,” says Odongo. The following are medics’ responses to the sequel of myths and lies that have thus far been said about contraception.

2 Family planning lowers a woman’s sex drive
Sex is primarily a psychological act. Dr Odongo points out that the mental state of any person determines how sexually responsive they are. In essence, the mind, is the biggest sex organ a human being has. If one is having problems with their sex lives, more often than not, it can be inferred on the state of their minds. Odongo reiterates that it is not always that contraception causes low libido. But it is a possibility – though slight – for hormone based contraception.

3 IUD’s blow inside women
An Intra uterine device (IUD) cannot detonate inside the person using it. According to Odongo, even the joke that conception will occur and the baby will emerge holding the copper T in his hands cannot happen. He explains: “There is no IUD device known to detonate. What can happen though is translocation, where the device drifts into other space within the womb, or gets expelled outside the body. In rare occasions, it can puncture the womb in which case it should be removed by a doctor.” The only other problem with IUDs, he says, is that the user may experience heavier bleeding during menstruation. That, however, does not mean it has exploded.

4 Increased susceptibility to cancer and disease
Dr John Ong’ech, an obstetrician at Kenyatta National Hospital, refutes this claim. In no particular way does use of family planning make one prone to disease or easily attacked by infections. “There is no connection, scientific or otherwise, between the body’s immune system and contraception. This is because in none of the methods, unless the doctor breached standard medical rules, does a contraceptive introduce a pathogen inside your body,” says Ong’ech.

5 Family planning stops menstruation for ever
According to Dr Ong’ech, hormonal methods like Depo-Provera injections can stop menstruation. “However, it is not forever,” he states, adding, “in most cases, a woman would experience irregular menstruation, or miss three or more months. These changes usually happen to women who use hormonal methods of contraception since they are meant to alter the physiological process of ovulation. Menstruation occurs when an egg has not been fertilised after ovulation – therefore - it is affected.” He further adds that under-the-skin implants too, affect the menstrual cycle.

6 Persistent headaches
Only a small percentage of women should report feeling a headache in the onset of using hormonal methods of family planning. Ong’ech explains that this is because the hormones being introduced into the body are in high concentration and, therefore, it may take the body some time to adapt. However, if headache progresses for longer (even a month) the woman needs to be checked because it could be something different causing the headaches and not really contraception.

ALSO READ: Why your kids are asking all the hard questions during this pandemic

7 Contraception may lead to abnormal babies
Listening to girlfriends talk about it in a public transport bus can instantly convince one that this is indeed true. Whoever props up the matter describes it with passion and zeal. As it turns out, there is not even an ounce of truth in this statement. “It is simply a lie,” says Ong’ech. “There is no contraception method that introduces carcinogenic chemicals into the body. Those hormones exist naturally in a woman. They actually support pregnancy in elevated concentrations. No baby is born with abnormality because their mother used contraception.”

8 Contraception causes infertility
Family planning methods are purposefully meant to instill accountability on motherhood and parenting, says Dr Dorcas Muchiri, a resident obstetrician and gynaecologist at the University of Nairobi. She says that no family planning method has been determined to cause infertility – if done by a professional. “Infertility is, not being able to conceive after a year of unprotected sex without contraception,” she says. “If such a situation occurs after contraception has been stopped, then it is prudent that the woman visits a gynaecologist for the doctors to ascertain what is preventing fertilisation.” Permanent methods of contraception like vasectomy and tubal ligation are not considered as ‘infertility’.

9 Contraception springs unfaithfulness in a relationship
According to Dr Muchiri, it is laughable that anybody would think a cheating spouse is provoked by contraception. In any case, people cheat on their loved ones even when there is no contraception. Cheating, like sex, is a psychological construct she says; and not exactly chemicals or devices used for contraception. She says: “There is a feeling that a man with condoms is a cheater. Or a woman using contraception can meet men outside marriage and her traces will be covered since there is no baby to show for it. All these are moral issues that have no scientific basis. There are many women who use contraception and exclusively, who have sexual relations only with their spouse.”

10 Contraception for young women (teenagers) destroys their bodies since they are not mature
Again, Muchiri says that this is a moral issue than a scientific one. While she laments the unfortunate truth that young people – even as young as 12 – are engaging in sexual activities, she thinks the society cannot be blind to some realities; that a percentage of teenagers are sexually active. Using contraception, she says, will not destroy their bodies. “Anybody past adolescence who is sexually active, will need forms of contraception that will prevent them from sexually transmitted infections as well as unplanned pregnancies. The contraception won’t ‘harm’ their bodies. If parents can’t stop their teenagers from stopping sexual behaviour then it may be a good idea to provide appropriate contraception for them,” concludes Muchiri.

Why you should eat more oats in your diet