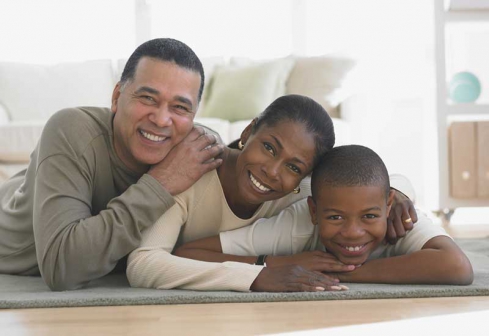 Last Sunday, I spent my morning at the rooftop of my friend’s apartment in the leafy suburbs basking in the sun with my baby. It is one of those rooftops - you know, the ones that are so unique they bring some comfort and ambience to the soul. Not the ones like what we have in Komayole where I live.

In Komayole, you get to the rooftop and you feel like your life is in danger. From electric wires hanging dangerously to dirty water splashed all over the place; not forgetting that you have to stoop to avoid contact with wet clothes hanged on lines that give ‘compe’ to a spider’s web.

Then you have to watch out for those Pay-TV dishes that look like inverted umbrellas! Did I mention suspicious beings strategically standing at different angles like undercover policemen waiting to pounce on their target? rooftops in Komayole are not for the faint of heart.

Anyway, I was telling you about my time on the rooftop of an apartment block in the leafy suburbs. As I sat there admiring the city and enjoying and the fresh air, a woman and her daughter who was about five years old joined me. The woman sat two metres away from me and just started staring into space as if consulting the god of thunder and lightning, Amadioha! I wanted to strike a conversation with her but I was reluctant.

You know, these human beings who “reside” behave differently from those of us who “live.” You might think you are reviving something but instead you and hitting the last nail in the coffin. To us, some of the things they consider are just sentences with no meanings. As I sat there debating whether to strike a conversation or not, my daughter Sori started swirling like a tornado.

I quickly shouted at her in Swahili, “Wewe. Utaanguka!” and that my friend marked the beginning of the craziest conversation I have ever had with a stranger. The woman gave me a satanic look and asked why I was talking to my child in ‘Swahili’. For a moment, I felt like asking her whether I looked like a Jew but seems the gods of Amadioha she had been consulting had heard her prayer.

I politely asked her why she found it strange that I was conversing with my daughter in Kiswahili (yes, that’s the name of our language, not Swahili) and she shamelessly told me English was a better language than ‘Swahili’. That English gave a child some class and dignity, that it raised her self-esteem! She told me that ‘Swahili’ portrays some backwardness and she was proud her daughter did not understand the language.

ALSO READ: Girl code: Why do people cry at their weddings?

Before I could even digest her lack of direction in life, her daughter started asking her for water and she sat there ignoring her, still waiting for me to explain my affiliation with the Swahili language. She then turned towards her daughter and in anger shouted, “How many times do I have to tell you it’s ‘worra’ and not water?” The innocent girl quickly apologised and asked for ‘worra’.

That’s the moment I realised I was dealing with a computer hidden under a human body. I stood up, grabbed my daughter and excused myself in Kiswahili, not only from the rooftop but from the leafy suburb. There was no way I was going to spend one more minute in a place where class came before humanity. Unfortunately, that’s where most parents in this generation are headed to, the classy generation!

A generation that will bypass 22 hospitals during an emergency as they rush to that one classy hospital. May Amadioha forgive you!