Little secrets: 10 things you don’t know about your wife

Girl Talk By Sarah Halua and Scophine A. Otieno 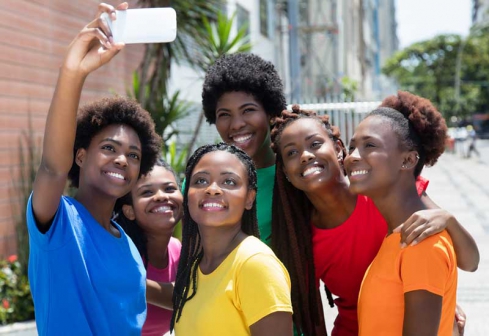 Two things in life; never ask a man how much he earns, or the age of a woman.

Women are gifted with the tongue. They will lie about anything under the sun. They have mastered this art and they do it without even battling their eyelids. We have heard cases of men supporting kids who are not even theirs, only to discover that the kids are not his when the brats are in campus. See what happened to King Solomon in the Bible? That is what we are talking about!

Here are the top 10 things you’ll be surprised to find out about your leading lady:

1. Every woman suffers from sexamnesia virus

Your wife will never come clean on the number of men she has slept with. This is normally a secret she’s willing to throw in a dungeon and hire a ferocious dragon to protect by all means. Most will stick to either number two and the randy ones, will never go beyond four. The truth? That girl has seen more condoms than all the girls at Sabina Joy combined. And no matter how low you score in the game of ‘bedminton,’ she’ll make you believe that you make her squirt her intestines out... uwongo!

No woman is going to shout it out to the hubby that, “Look honey, I am screwing this young stud who knows how to eat me out.” The strange truth is that more married women are keeping Ben 10s, just like their husbands are ‘sponsoring’ lasses. You will meet your maker without ever finding out.

3. She has lesbian sexual fantasies

Ever wondered why a 25-year-old ‘yellow-yellow’ will walk down the aisle with a fat ‘walleted’ geezer? I mean, this guy squeezes her tits like he is tuning the radio, yet the girl still screams his name? Well, she is hiding something in her bag. If a woman cannot have the Big O from the hubby, then she will get it from buzzing Mr P, who has been nicknamed Alejandro.

5. She has a plot in Rongai

Most women, especially from Murang’a, usually have a backup plan tucked away in the bowels of their brains. Either, there’s a plot in Kajiado, Rongai or Kangundo Road, or she’s halfway through paying for a home in Kileleshwa. She can smell her hubby is about to kick the bucket and will not allow herself to die poor. If you were ever to go separate ways, she will swiftly move on with the agility and grace of a gazelle, leaving you high and dry.

6. She wishes you dead

After years of picking up your socks and washing your dirty boxers, every married woman wishes for mysterious lightning to strike her hubby. Men might not see through the ‘I’d die without you bae,’ but none of your women would wish to hook up with you in the next life. It’s a white lie.

Wives keep secret accounts for different reasons, but guess who she learnt it from? Her mother. Mothers always let in their daughters on that golden rule of “stash some cash just in case the relationship turns into trash.” It gives women some sense of security that should the marriage fail, she will not fall flat on her behind and have to scavenge for food, especially where there is no likelihood of alimony.

This is the man who compliments her good looks, figure-eight, culinary skills and her sex game. And she’ll giggle, turn red and melt into jelly. And just like that, all her problems will vanish into thin air and she’ll get a new lease of life for her ‘idiot of a husband.’

Most men will have their wives and children as next of kin, but do you know who your wife has as her next of kin? If it’s not her mother, then it could be her love child whom you never even know of. That is the baby she had in high school and who has been living with her mother and whom she introduces as her younger brother or sister... how about that?!

10. Your richer friend is so funny

Your wife wishes you could just be like your rich buddy, Marcus, who takes his wife for vacations in Dubai every four months. Have you noticed how loudly she laughs at his dry jokes and the way she enjoys serving him your expensive drinks. By the way, she has slept with your best friend ..err.. in her dreams because your ambition is to take her for a camel ride at Uhuru Park over the Easter Weekend.