Why married women go for ‘sponsors’

My Man By Cate Mukei 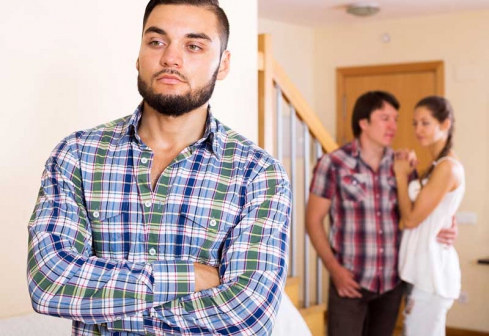 Towards the end of 2015 a senior police boss lost his job over lack of integrity an abuse of office. Former Administration Police spokesman Masoud Mwinyi Masudi was dismissed from the service after being mentioned as a co-respondent in a divorce case, number 235 of 2013, at the Milimani Commercial Courts. Mr George Kagwimi Kangethe sought to divorce his wife, Jane Njeri Njage, on grounds that she was having an affair with the senior officer.

He was accused of intimidating George by going to his business premises and residence in police vehicles accompanied by bodyguards. Mr Masudi was said to be using police cars to visit the woman at the shops and even at her matrimonial home. Investigators established that through the influence of Mr Masudi, the woman had forwarded four companies to tender at the Office of the President and succeeded.

Jane Njeri's affair with Masoud opened a can of worms and became a topic of discussions online. So why do married woman cheat? Below are some of the reasons that came up after our online survey

You cannot be feeding your wife and kids cassava and porridge everyday and expect her not to get tempted when a man who can feed her and your children. When married women go for men with money it's mostly because their husbands are not ambitious.

Jane Nzola a primary school teacher in Kiserian admits that her source of wealth came from an affair from another man. "My other man was a senior Teacher Union official. Everyone knew about him but my husband, a village drunk left me with no option. I did what I had to do for our children," Jane said.

Women just like men want more action in bed. Women whose husbands denied them their preferred sex position were more likely to look for satisfaction outside marriage, as are those whose husbands failed to satisfy them. Women who are most likely to cheat on their husband's for sexual adventure are mostly housewives. It is understandable since they are quit energetic compared to their husbands who come back home wilted after a long day at work.

They mostly get satisfied by self -employed businessmen and retired well off men who can afford to pick them and drop them at their matrimonial homes for some pleasure in a private and equally expensive lodging.

Mercy Mworia will never forget how her estranged father, a 6o year old retired doctor, was almost lynched by a village mason for sleeping with his wife. "It was embarrassing, I heard he used to pick her from their gate and drop her back. Some days they would drive to Meru for the weekend. We ran away from him after all that embarrassment," she said.

Whatever a man can do, a woman can do it twice better. When a woman is tired of being cheated on by her man and yet she can't walk away for the sake of the children and society expectation she will most likely cheat on him too.

When Susan Mworia got tired of her man's cheating ways she decided to try it herself. She finally gave in to her married bosses advances.

"We live together just for the sake of the children. He knows I'm cheating on him as he can clearly see me changing cars every other month," says Susan who recently moved out of their matrimonial bedroom.

Like mother like daughter. As much as girls are said to be close to their fathers, they tend to copy a lot from their mothers. Sophia Kwamboka, a city lawyer recalls how her mother's promiscuous behavior ended up tragically.

"Mother had a very rich sponsor. But he also had HIV. He infected my mother and she in turn infected my father. They died in 2002,"Sophia, whose married sister also has a sponsor, recalls.

"I see my sister doing the same to her husband. I'm quite convinced that it's in the genes. I mean she watched our parents die due to my mother's carelessness but she still does the same.

Having two men at a go makes some women feel powerful. Women generally love attention too. So having two men and especially having one who has money compete for attention from her husband spices her otherwise boring life. Justus Omondi a divorced father of three lost her ex wife to a sponsor three years ago. "She knew that I loved her but still went ahead to cheat on me. I gave her everything but I think she enjoyed watching me and that other wealthier man fight over her. I gave up eventually but now I hear she is cheating on him with an older and wealthier man," Justus told us.